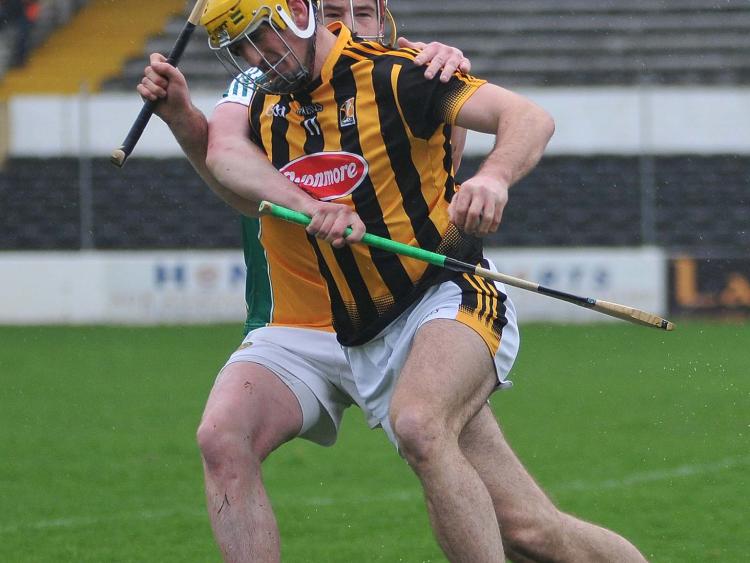 Kilkenny have a near 90% chance of getting a home draw in the Allianz National Hurling League quarter-finals, it has been estimated.
With five of the six qualifiers for the knock-out stages in Division 1 known, things are looking good that UPMC Nowlan Park will host one of the first shoot-out ties.
The Division 1A programme is a round behind because of a weekend lost during the recent bad weather, but all will be sorted by the action this Saturday and Sunday.
Already into the mix from Division 1B are table toppers Clare, who are through to the semi-finals, plus Wexford and Kilkenny, in that order.
There are four possibilities facing the Noresiders, three of which would give them a home game against either All-Ireland champions, Tipperary, Limerick or Waterford.
Running in Kilkenny’s favour is the fact they had only two home games during the preliminaries. Counties that played at home three times will be on the road in the last eight games.
While Sunday’s clash with Laois was the third time the Cats played in the Park, it didn’t count as a home tie.
That was because the game had been originally fixed for Portlaoise, and the O’Moore County surrendered home advantage.
Another possibility the weekend results could add to the mix would be that Kilkenny and Waterford would have to toss for venue.
Whatever way it goes, it looks like the furthest Kilkenny might have to travel is to Walsh Park if they lose out on a home tie.
The final slot in Division 1 lies between Galway and Tipperary, who meet in Pearse Stadium on Sunday.
Limerick and Waterford (Division 1A) plus Clare, Wexford and Kilkenny (Division 1B) are already through to the knock-out stages.
Clare topped Division 1B after taking nine of a possible 10 points. Wexford (8) and Kilkenny (7) will play the second and third-placed finishers in Division 1A.
Limerick (8) head Division 1A, followed by Waterford (6), with Tipperary and Galway both on four points.
Draw or Win
A draw or a win against Waterford in the LIT Gaelic Grounds on Saturday night would secure a semi-final place for Limerick.
If the Deise win they will take the semi-final place on the head-to-head rule.
A draw for Tipperary on Sunday would be enough for them to advance to the quarter-finals as they have a superior scoring difference to Galway.
The quarter-finals have been fixed for Saturday/Sunday, March 14 or 15; semi-finals for Saturday/Sunday, March 21 or 22 with the final on Saturday or Sunday, March 28 or 29.
From here on, extra time will be played in all League games and there must be a winner on the day.
Meanwhile, Kilkenny are shaping up for a big effort in the closing stages of the League.
Manager Brian Cody indicated after the win over Laois that all the big hitters would be back in the fold for the quarter-finals.
Yet to return after being given a rest following success in the All-Ireland club final are captain for 2020, Colin Fennelly, TJ Reid and Joey Holden.
Holden was on the bench on Sunday. Fennelly would have been there too but for the fact he picked a knock at training in mid-week.
With a two week break between the last and next match, all will be ready to return, barring injury, which finished the season on young Hurler of the Year, Adrian Mullen (severed cruciate ligament).