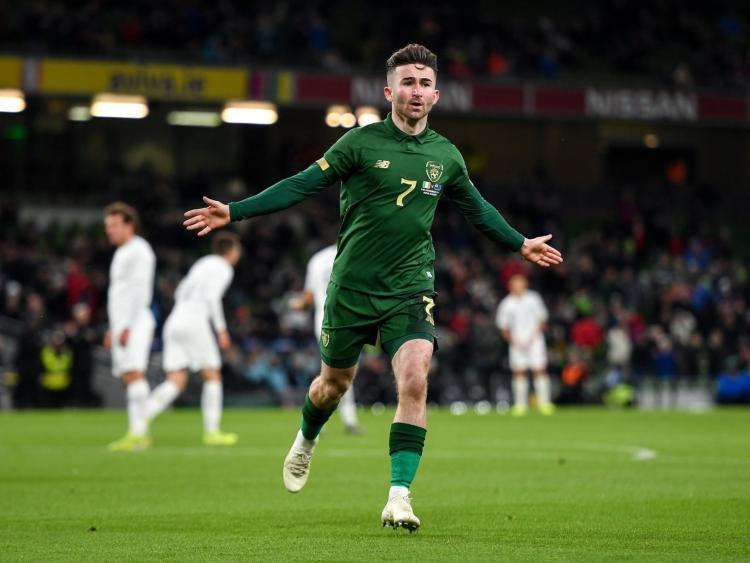 Kilkenny's Seanie Maguire could be facing Slovakia in October

Seanie Maguire and the Republic of Ireland could get their EURO 2020 play-off hopes back on track by October.

The FAI have stated that Kilkenny's Maguire and the Boys in Green could be in play-off semi-final action later in the year.

The Republic of Ireland’s game away to Slovakia is now likely to be played in October, with UEFA Nations League games to go ahead as planned in September.

Interim FAI CEO Gary Owens, who attended a tele-conference meeting with UEFA, has said that new Ireland boss Stephen Kenny could have as many as five games played before the trip to Bratislava.

"There has been a slight move on that," Owens told FAI TV. "Originally, we thought it may well be November but it now looks like the semi-final is the preferred option in October.

UEFA EURO 2020, which was scheduled to take place in 12 cities across Europe from June 12 to July 12, was postponed because of the coronavirus pandemic. The proposed new dates are 11 June to 11 July 2021.