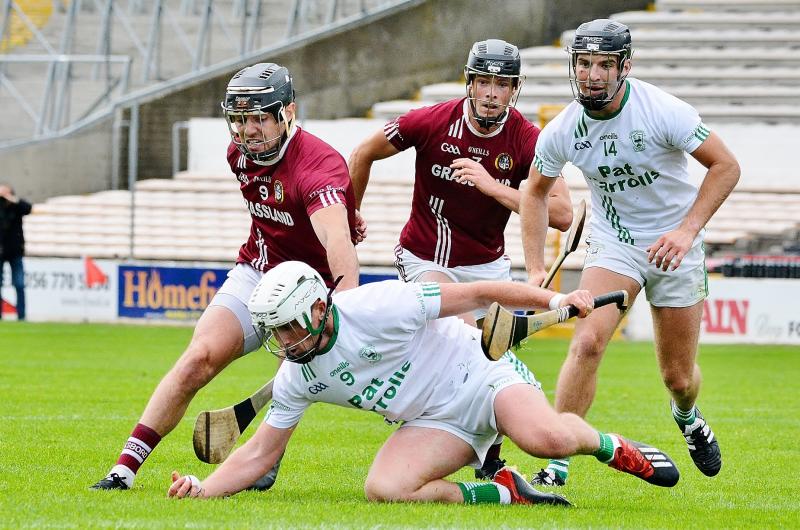 O’Loughlin Gaels followed city rivals Dicksboro into the semi-final draw, but they had to dig deep to score this championship win over a teak-tough Erin’s Own (Castlecomer).

The Gaels grabbed the goals that helped push them over the line in the first half, Eoin O’Shea and Paddy Butler raising the green flags. In the second half it was the strength of Huw Lawlor and Paddy Deegan that paid off as they resisted a Conor Delaney-inspired Comer challenge.

With Mark Bergin and Michael Murphy in fine free-scoring form it was nip and tuck in the first half, but two goals in nine minutes saw O’Loughlin’s take a 2-6 to 0-6 lead into half-time.

Castlecomer laid siege to the O’Loughlin’s posts in the second half, but their strength at the back saw the city side survive all tests before a flurry of late points swelled their winning margin.