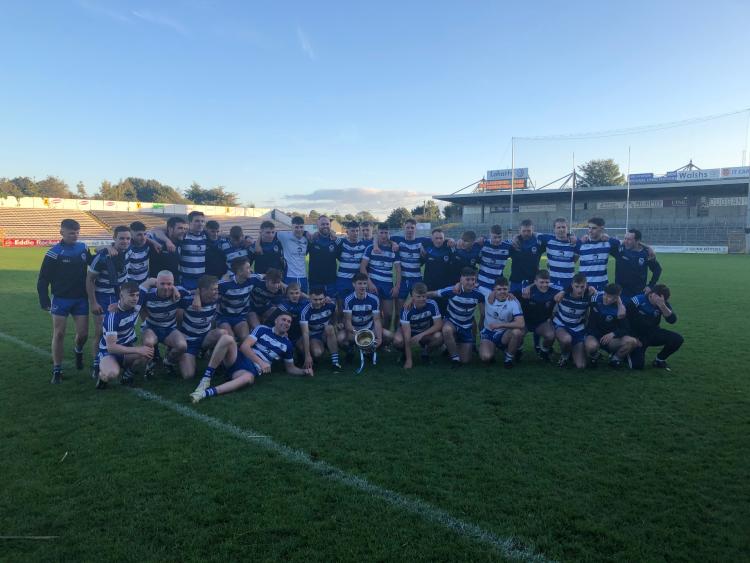 Lisdowney are back in the Kilkenny senior hurling ranks after a dramatic win in the intermediate county final.

The North Kilkenny side held their nerve, winning a sudden death penalty shoot out, to deny Thomastown and move back to the top flight.

Cathal Jordan grabbed the decisive goal, before Thomastown's Diarmuid Galway saw his shot flash wide of the target to seal the spoils.

In a tight game the sides were level at the first water break (0-4 to 0-4) and all square at half-time (0-8 to 0-8). The deadlock was still present at the second water break - now they were on 12 points apiece - but Thomastown looked to have a hand on the title when two Robbie Donnelly frees had them three clear approaching the end of injury-time (0-19 to 0-16). Not so! Michael Kenny rescued Lisdowney when he drilled a late free to the net, sending the game to extra-time (1-16 to 0-19).

Thomastown got their noses in front by half-time in extra-time (0-23 to 1-18) and looked to be on their way when a Robbie Donnelly penalty gave them a five-point cushion, but Brian Kavanagh (3), Michael Kenny and Edward Hickey helped Lisdowney mount a late comeback.

The drama only increased in the penalty shoot-out, which saw the sides level at 3-3 after five penalties apiece, but Lisdowney made sure of the silverware in a tense finish.

See next week's Kilkenny People Sport for more on the big game.