Winning is the motivation for evergreen Eoin Reid and Ballyhale 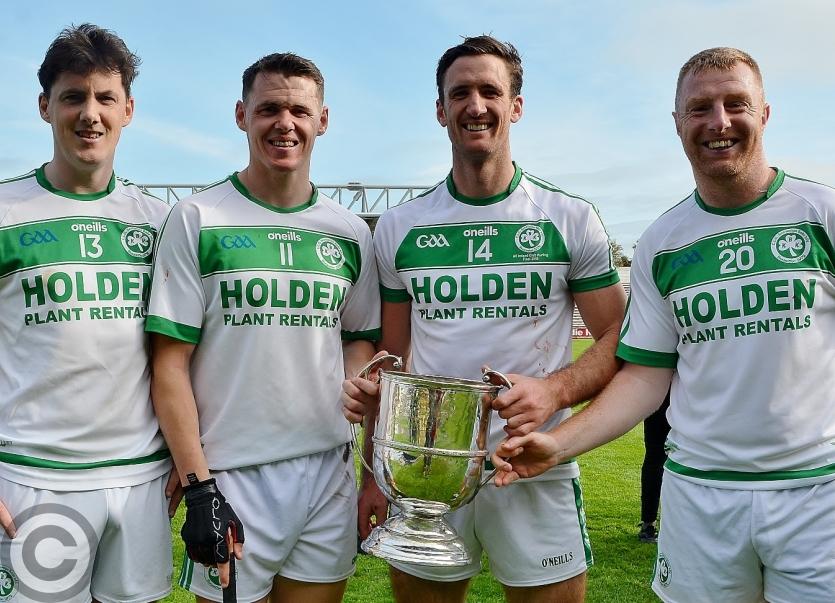 He’s been there and won it all, but the hunger for more success with his club is what drives Eoin Reid and the Shamrocks on to more glory.

“When you win, you want to win more,” the highly-decorated forward said as he savoured winning his ninth senior hurling county title.

“That’s always the way, isn’t it? When you go back training in February you’re always focusing on September and October and county final day - that’s what we look forward to.”

For Reid, who celebrated with his brothers TJ and Richie after Sunday’s 5-19 to 1-10 win over Dicksboro, the clutch of goals that the Shamrocks rattled in came at the right time and helped to establish a lead that the ’Boro couldn’t claw back.

“We got a good start, with Brian (Cody) getting the first goal which helped keep us four or five points ahead,” he said.

“We kicked on from there, with the second goal from Colin giving us a gap of six or seven points that we held on to. We kept going, tipping over points after that, but when the goals flew in near the end that really made the difference.”

As far as goal sprees go, Sunday’s collection was far from a one-off. In four championship games the Shamrocks have hit the net 15 times this season (they scored four against the Rower and Clara and two against James Stephens) - a phenomenal feat. That scoring burst is far from a happy coincidence.

“When we looked back on last year’s form James O’Connor (manager) said he wanted us to get more goals,” Reid explained.

“We isolated Colin a little more, giving him more space - he’s a hard man to stop when he turns - but a lot of the ball breaks from him too.

“A lot of the goals we got came from the ball breaking off Colin. That was something we focused on at the start of the year, so thankfully it worked out. The goals did come our way today.”

The Shamrocks endured big changes in the aftermath of winning their second successive club All-Ireland title earlier this year, with the retirement of manager Henry Shefflin and captain Michael Fennelly. Add in the absence of Adrian Mullen through injury, that could have disrupted many teams but the Ballyhale side rolled on.

“With us I think a change freshens us up a bit,” said Reid. “New ideas are brought on board and we get used to different training programmes, different methods. It freshens everyone up. Henry and the lads did an excellent job, but a change can be good too for teams.”

Change is something he has seen plenty of in his years lining out with his club. Having played in his first senior county final in 2005 - Sunday’s was his 12th time to play in the county final with his club - Reid has seen many changes in the managerial hot-seat, which has been filled over the years by men like Maurice Aylward and Michael Fennelly snr to former team-mates like Shefflin.

“I’ve been there since ’05, the county final we lost to James Stephens,” he said, although he’s more than made up for it since.

“I’ve hurled with a lot of great players, people like Bob Aylward and Aidan Cummins, but the team has evolved the whole time.

“Look at it now - you see the Mullens’ coming through, Darragh and Ronan Corcoran, every year we bring on a couple of young lads. They get the experience of playing, we experiment through the league and get lads game time.

“It’s been great to see it work over the years,” he added. “We’re just lucky to have these players in the parish.”