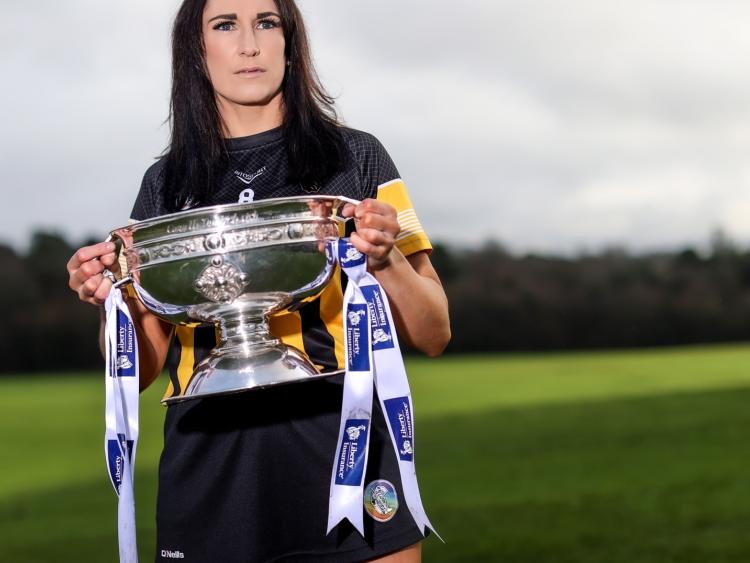 Kilkenny Camogie captain Lucinda Gahan has been away from the intercounty scene for close to a decade, but after returning from a spell abroad she’s all set to lead Kilkenny out in this weekend’s All-Ireland final against Galway.

The 31-year-old psychiatric nurse has spent the last few years in Wales and Australia, but now that she is back in Ireland she is hoping to rediscover some of the success she had at underage level with Kilkenny.

“I played a lot of underage camogie with Kilkenny and I was captain of the minor team that won the All-Ireland in 2005,” she said.

“We also won in 2006 and 2007 and I was on the senior squad at that time. I was part of the Intermediate team that then won the All-Ireland in 2008. When I finished college I travelled a lot and I’ve only come back to camogie in the last two years after returning to the country.

“I wasn’t sure if I was ever going to come back to Ireland, so I never imagined playing camogie again,” she continued. “It’s been great to get back involved.

“It was my brothers who put the idea in my head, to join the local team here in Kilkenny,” she said, explaining her return to action with city club Dicksboro. “They’ve been very welcoming and it’s been an amazing few years.”

Gahan achieved club championship success with the ’Boro back in October of 2019, a result which granted her captaincy with the Cats for this campaign, but just getting back playing the game was an achievement for the forward who missed the early part of this year with a hand injury.

“I spent six years in Cardiff before doing a year in Australia and I was really nervous coming back playing for my first club game,” she said. “Was I going to be able to play as well as before? It made me more determined.

“I just went out and did my best, and was relieved that I was still able to play okay. You feel like you have a lot to prove having been at this level years ago at underage.

“The senior county final victory with Dicksboro last year was my first club championship win so I was just highly motivated to get something out of camogie and achieve something again.”

Unlike many of her team-mates Gahan wasn’t around for the last senior All-Ireland title in 2016. That absence, combined with the hurt of losing the last few finals, ensures that it’s a very motivated Kilkenny side heading for Croke Park on Saturday.

“We are all so determined to get there this year,” she stated. “It’s been a long time since I’ve had any success with Kilkenny - 2008 was my last All-Ireland.

“All the hard work is for this as you want to get somewhere and you want to win that All-Ireland and that is why everyone is so motivated with what they do both on and off the pitch.

“You have to look after your diet, recovery and make sure you are not overdoing things and that is the focus for us.

“Nobody is going to forget the last few years, especially the girls that have been there for those defeats against Cork and Galway. All the effort they are putting in is to try and win an All-Ireland. It’s a good few years now so hopefully the team can get more out of it.”

Kilkenny will go into a historic final under lights in the hope of stopping a buoyant Galway side in their tracks.

Considering Gahan is only back in the country since 2008, she is honoured to captain Kilkenny on the biggest day in the camogie year.

It’s what you dream of when you are a young girl. All you do is play camogie. At that age, when you see the senior players, that’s your goal.