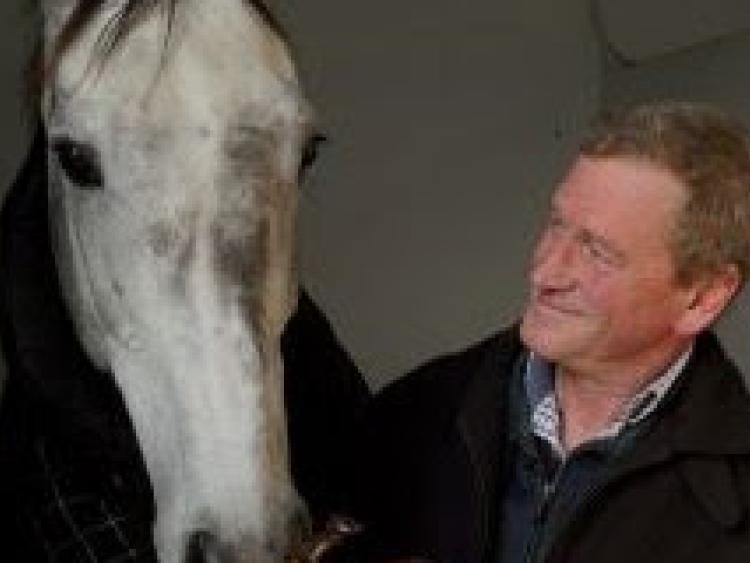 Gowran, County Kilkenny trainer Tony Mullins and Al Boum Photo, trained by his brother Willie across the county line in Carlow, were among the winners of the annual Horse Racing Ireland Awards 2020 announced today.

For his terrific handling of Princess Zoe, which went from handicap success at the Curragh in July to Group 1 glory at ParisLongchamp at the beginning of October, Tony is the winner of the Flat Achievement Award. The five-year-old made huge strides after her victory in the Ladies Derby, winning two hugely significant handicaps at the Galway festival, returning to Ballybrit in September to land the Listed Ardilaun Hotel Oyster Stakes and then giving Mullins his greatest day when winning the Group 1 Qatar Prix du Cadran on Arc weekend, a truly memorable success under Joey Sheridan.

Trained in Closutton, County Carlow, Al Boum Photo, owned by Marie and Joe Donnelly, is the winner of the Horse of the Year Award. For the second year running, he used the Savills New Year’s Day Chase at Tramore as a springboard to success in the Cheltenham Gold Cup for Willie Mullins and jockey Paul Townend. Only the seventh horse to win the race back-to-back and the first to do so since Best Mate’s second win in the race in 2003, Al Boum Photo will make his seasonal reappearance once again at Tramore in a little over two weeks’ time.

The 10 winners of the 18th annual awards were:

Contribution to the Industry Award winner John Oxx retired at the end of the 2020 Flat season, bringing to an end a 41-year training career that few could hope to match. He was champion trainer in 1995, the year that his European Champion three-year-old filly Ridgewood Pearl reigned supreme. Oxx will long be remembered for his handling of the brilliant Sinndar and more recently Sea The Stars, feted as one of the all-time great racehorses.

Similarly, Barry Geraghty thrilled National Hunt racing fans throughout his 23-year career during which few big prizes eluded him. Champion jockey on two occasions, Barry won both the Aintree Grand National and the Irish Grand National. Two wins in the Gold Cup, four Champion Hurdle wins and a remarkable five victories in the Champion Chase featured among a Cheltenham Festival haul of 43 winners, with five of those coming at his final Cheltenham in March.

From Killenaule, County Tipperary, Gavin Ryan collected two awards. On the back of a terrific season that saw him crowned champion apprentice, ride his first Group race winner and become the leading Flat jockey at the Galway festival, Gavin is the winner of the Emerging Talent Award. For his winning effort on the Ado McGuinness-trained Saltonstall in the Colm Quinn BMW Mile Handicap at Galway, Gavin topped a public poll to win the Ride of the Year Award.

The National Hunt Award goes to Rachael Blackmore whose association with the unbeaten Honeysuckle, winner of the Irish Champion Hurdle at Leopardstown and the Mares’ Hurdle at the Cheltenham Festival, was one of the stories of the year. Rachael added to her Grade 1 haul in 2020 with Notebook and A Plus Tard and is winning her third Horse Racing Ireland Award today.

Eugene and Maxine O’Sullivan, from Lombardstown, County Cork, are the winners of the National Hunt Achievement Award. It Came To Pass bridged a 29-year gap for Eugene when winning the St James’ Place Foxhunter Chase at the Cheltenham Festival in March. He had won the race in 1991 with Lovely Citizen, ridden by his brother William, and this time his daughter Maxine, a leading point-to-point rider, was in the saddle as the 66/1 outsider scored a truly memorable 10-length success.

Colin Bowe is the winner of the Point-to-Point Award for the second year running, continuing the domination of County Wexford in the category. Colin won his eighth leading point-to-point handler award last season and three horses, Envoi Allen, Samcro and Ferny Hollow, that he brought up through the ranks triumphed at the Cheltenham Festival in March. His fellow countymen Barry O'Neill and Jamie Codd are recent winners of the Horse Racing Ireland Point-to-Point Award.

The Flat Award goes to Trim, County Meath jockey Colin Keane who was crowned champion jockey for the second time. He reached a three-figure tally for the season for a third time and among his 100 winners in Ireland were Siskin, a first Classic success in the Tattersalls Irish 2,000 Guineas and Even So, winner of the Juddmonte Irish Oaks. Colin also won the Group 1 Coolmore Matron Stakes on Longines Irish Champions Weekend at Leopardstown in September.

Horse Racing Ireland Chairman, Nicky Hartery, commented: “We are nearing the end of what has been an extremely trying year and I wish to thank everyone in this wonderful industry who adapted so well to the challenges posed by the Covid-19 pandemic. In addition to our winners today, I congratulate all those who kept the show on the road in 2020. Together, we look forward to a much brighter and exciting year ahead.”

Brian Kavanagh, Chief Executive of HRI, said: “It is hugely important that today we recognise those who achieved so much in the year gone by. And as we do, we also pay tribute to two giants of the racing game, John Oxx and Barry Geraghty, who called time on their stellar careers in recent months. Few trainers will reach the heights enjoyed by John, and similarly, Barry was so often a winner on the biggest of racing days. We eagerly await the seasonal return of Al Boum Photo at Tramore in the coming weeks and I congratulate his owners, Marie and Joe Donnelly on his Horse Of The Year Award.”