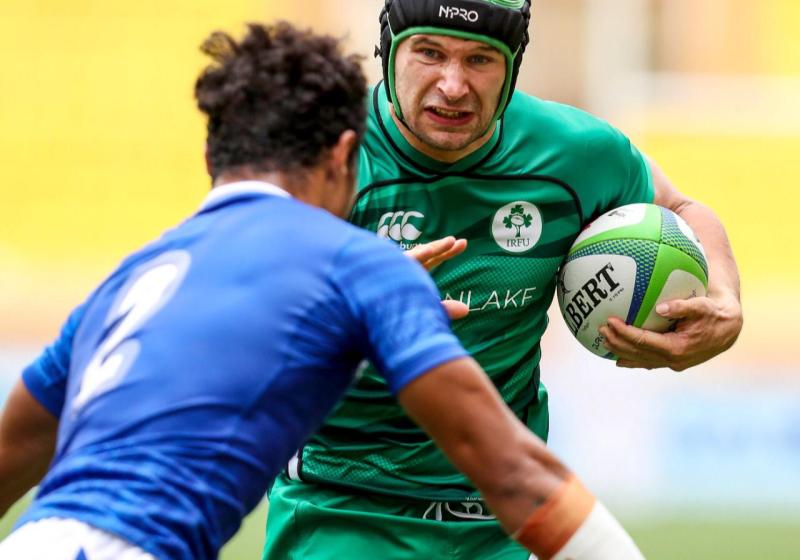 Former Kilkenny College student Foster Horan has qualified for the Olympic games in Tokyo with the Irish 7's rugby side.

Foster was part of the Irish team that sealed their place in Japan after defeating France last weekend and as a result they became the 12th and final team to gain a place at the tournament.

From Gorey in Co Wexford Foster and his siblings all attended Kilkenny College with Foster entering in 2005 and becoming a member of the Class of 2011.

Foster's senior rugby coach while he attended Kilkenny College was Jeff Carter and he was full of praise for the Wexford man.

“Foster always showed tremendous athleticism and ability in school. His movement and power is legendary in school rugby circles…..even to this day current pupils and past pupils would still speak about him. It comes as no surprise that he has achieved this level of success along with his teammates.

He remains very approachable and modest young man, he is  always willing to give back to the school and our current cohort of students really appreciate that”.

Foster would later go on to play his senior rugby with Lansdowne RFC and eventually in the Irish 7’s set up.

Foster will not be the only past pupil heading to Tokyo this summer as Lisa Jacob will also be there as manager of the Irish Ladies Hockey Team. The Wexford woman was a member of The Class of 2005. She has 139 senior Irish caps to her name.

Both Foster and Lisa follow in the footsteps of Maeve Kyle Ireland’s first female Olympian in 1956,she went on to represent Ireland at the 1960 and 1964 games also. More recently Thomas Chamney ran in Beijing in 2008.