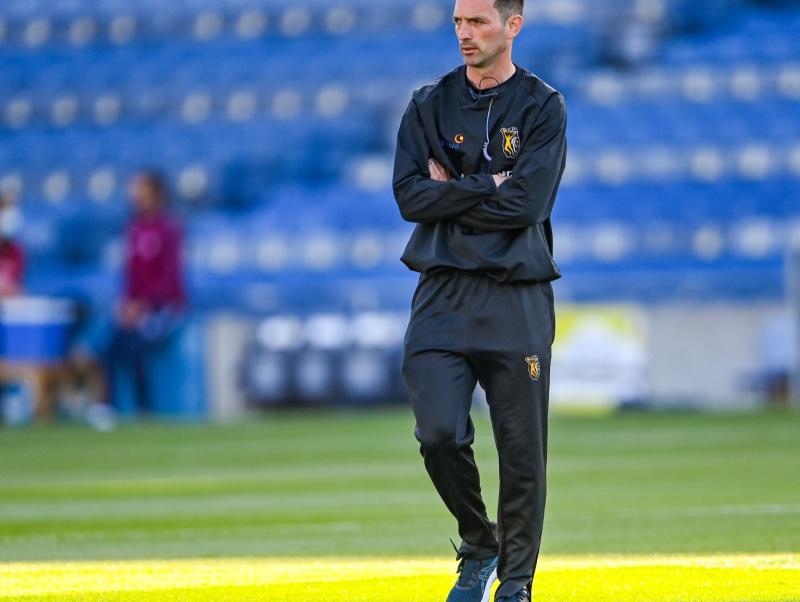 Kilkenny camogie boss Brian Dowling seems to have the winning formula as he watched his side complete a championship and league double over Galway.

Sunday night’s win secured the Littlewoods Division One title and he was delighted with his side’s response after a poor start.

“We were very sluggish in the first half but we asked the girls to up it in the second half and in fairness they did that and it was something we didn’t do against Limerick and Tipperary in the last two weeks so it was important to put it up to Galway at that stage and Aoife Doyle’s goal was crucial in that regard and we know you need to get goals to win big games so we are starting to do that now which is great.”

The belief from winning last year’s All-Ireland title really seems to be taking effect among the squad but Dowling feels there is more to come from them.

“Some people were writing this team off after losing the last two league games and we actually haven’t done much fitness work as we want these girls peaking for the summer and that’s our plan,” the Kilkenny manager admitted.

“It’s a long time since these girls have lost a game now and that gives you confidence while maybe a few years ago after losing the All-Ireland finals there may have been doubts in the head but that’s not there anymore and it’s a great sign and we just need to keep improving.”

Kilkenny trailed at different periods but keeping Galway’s attack on tabs was key,
Dowling added: “Galway have some super players and you won’t keep them quiet for the whole game but I thought our backs did well overall and when our forwards clicked it made it easier for them.”

Kilkenny got 10 minutes from Katie Power as the whole squad played a part in the win.

“Katie Power played a challenge game with the intermediates last weekend and was flying so we just said we’d give her 10 minutes at the end and she did well.”

“Even for her own piece of mind it was important as that girl has been through pure heartbreak the last few years and she was even told to retire from camogie with her finger and ignored that so she lives for camogie and we are delighted to have her back.

“It wasn’t just her either, the likes of Laura Murphy, Steffi Fitzgerald and Miriam Bambrick all had an impact and that’s the difference for us this year in that the squad is really performing.

“At the start of the league the main aim was to find as many players as possible and get as many games into the players as we could and we never even spoke about winning it and we could have been beaten numerous times but the girls kept hanging in there and hopefully we can win in Croke Park again in a few months time.”

For a full report on Sunday's victory, click here- https://www.kilkennypeople.ie/news/sport/642722/stoppage-time-surge-crowns-kilkenny-as-league-champions-once-again.html