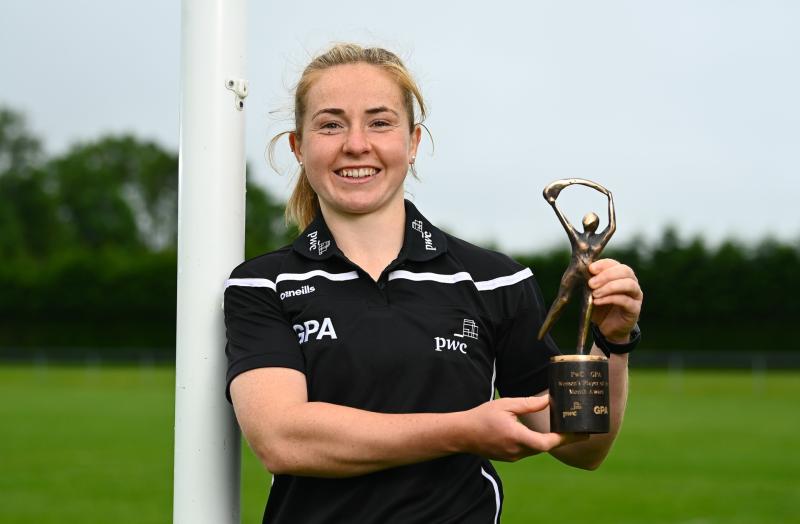 Katie Nolan of Kilkenny with the PwC GPA Women’s Player of the Month Award in camogie for June at St Martins GAA club in Kilkenny. Photo by Harry Murphy/Sportsfile

Kilkenny star Katie Nolan has been announced as the PwC GPA Women’s Player of the Month winner for June in camogie.

Nolan scored three points in the league decider against Galway at Croke Park as the Cats won out on a 1-18 to 1-15 scoreline.

The pacy full forward was also at her menacing best during the earlier knockout stages of the league campaign including the semi-final against Tipperary where she grabbed a vital late goal to help her side into the final.

Nolan will hope to continue that sort of form when Kilkenny open up the defence of their All-Ireland camogie title with a trip to Ennis to face Clare on Saturday, July 17 before they finish off the group stage with home ties against Westmeath and beaten league finalists Galway.