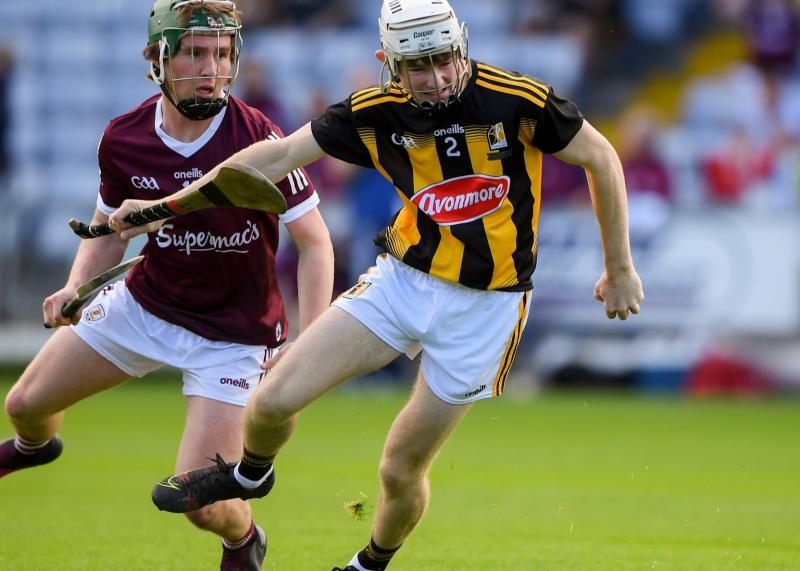 It was a case of so close yet so far as Kilkenny narrowly went down to defeat at the hands of Galway in the All-Ireland Minor Final at O'Moore Park in Portlaoise.

A stoppage time Liam Collins goal broke Kilkenny hearts after the Cats had produced a stirring second half display to overturn a sizeable deficit.

Kilkenny were defiant throughout and especially after trailing 0-7 to 0-1 at the opening water break, Richie Mulrooney's side showed great heart to bounce back.

Galway led for the majority of the contest and they looked the most likely winners until Billy Drennan netted a 51st minute penalty to level up matters.

Points from Cathal Beirne, Ted Dunne and Denis Walsh edged the Cats in front but Galway always found a way to respond and there was nothing to seperate the sides when Gavin Lee hit a fabulous equaliser from distance.

It all meant extra-time for a second week running for a Kilkenny side looked very much on the cards and even more so when Galway squandered a couple of late chances.

The Tribesmen looked much the fresher as the game ebbed towards it's conclusion though and they had one more chance when Colm Molloy found sub Darren Shaughnessy and instead of taking the match winning point, the Loughrea man fed Collins who flicked past Brian Minogue in the Kilkenny nets.

The three point win means Galway have now won the last four All-Ireland titles at minor level and it was a third successive final defeat for Kilkenny against them.