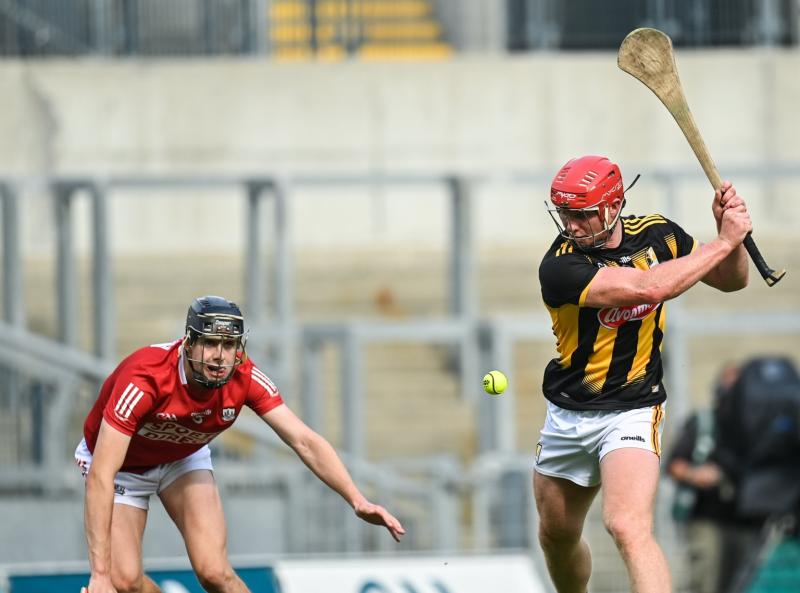 Kilkenny's quest to win a first All-Ireland title since 2015 fell short at the semi-final stage for the second consecutive season when a defiant Cork side defeated the Cats in a Croke Park cracker.

Kilkenny looked dead and buried when trailing by six points with eight minutes left on the clock but after getting the deficit back to three they struck for goal with practically the last puck of the game when Cork half back Tim O'Mahony was dispossessed before captain Adrian Mullen rifled a shot past Patrick Collins.

Extra-time resulted but in similar fashion to before Mullen's late late show, Cork's energy and pace caused Kilkenny untold problems and when Jack O'Connor netted in the opening period, Kieran Kingston's men weren't going to let a big lead slip for the second time in the one afternoon and they eventually won out by five points.

Although Kilkenny opened up an early 0-6 to 0-2 lead, Cork bounced back to lead by the opening water break and that tight scoring remained in vogue until the half-time interval where Kilkenny led 0-15 to 0-14.

Kilkenny went four up within minutes of the resumption but from that point on Cork took charge with ten of the next fourteen scores as they powered into a 0-28 to 0-22 lead with an incredible impact from the bench and in particular Shane Kingston who finished with a stunning tally of seven points.

Alan Cadogan also had a huge impact during this period and the Rebels looked home and hosed but points from TJ Reid, Eoin Cody and that man Adrian Mullen kept the Leinster champions in touch before the dual young player of the year struck for goal late on.

Onto extra-time and one wondered whether the wind had been taken out of Cork sails but the answer was emphatic with O'Connor's goal following up on points from Patrick Horgan, Kingston and O'Connor as the Munster side pushed clear and although Reid and sub Richie Hogan registered scores, Cork deservedly took the win.

Cork will now go on to face red hot favourites Limerick in the All-Ireland Final on Sunday August 22.