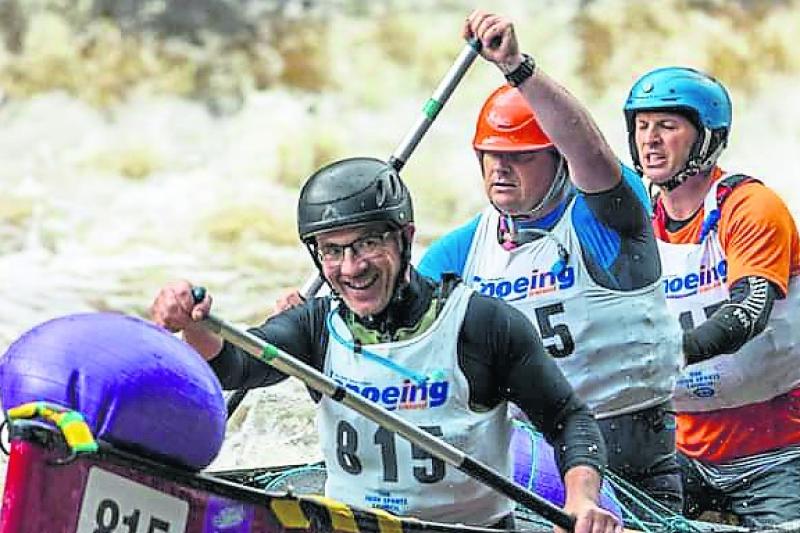 The Liffey was the place to be for canoeists from all over the world as the highly anticipated 61st annual Liffey Descent canoe race took centre stage last weekend.

As one of the biggest down river races in Europe, the Liffey Descent attracts some of the very best competitors from across the country and abroad, all looking to safely negotiate the 10 weirs and multiple sets of rapids doted along the gruelling 31km course.

The Thomastown Paddlers Canoe Club were out in force to test their skills in the fast flowing and challenging conditions. Once again the locals finished the day with some impressive results and a number of podium finishes.

The greatest achievement of the day for the Thomastown club went to Senan Forristal and Donnacha Brennan in the blue riband event, the Senior K2 class. With the top national and international paddlers occupying the top spots in this class every year, Senior K2 has been the only category where Thomastown paddlers had failed to secure a top three spot over the years.

That wrong was finally put right on Saturday when, despite a collision from behind immediately off the start line, the lightning-fast crew powered back into contention and crossed the finish line at Islandbridge in third place overall. Also racing in the K2 class were the father and son duo of Dermot and Anthony Forristal, who finished well in sixth place.

In Senior K2 Over-39 category David McCormack and Johnny Barry put in a massive shift after an early set back on Straffan Weir to finish in third spot and claim Thomastown Paddlers’ second medal of the day.

In the Senior K1 race, Cathal Treacy was comfortably placed in the pack before terminally damaging his boat at Lucan Weir, forcing him to withdraw from the race at this point.

Adam Pender fared much better however in the Junior K1 class. Completing his first ever Descent in great style, Adam made light work of all the weirs and finished well in fifth place.

In the Open Canadian Triples class serial winners Dave Comerford, Stephen O’Neill and Brian Ogilvie dominated from start to finish to scoop gold for a fourth time for Thomastown. A clean run down the course for Mick Evans in the General-Purpose class set him up perfectly to hold on to third place despite tough competition.