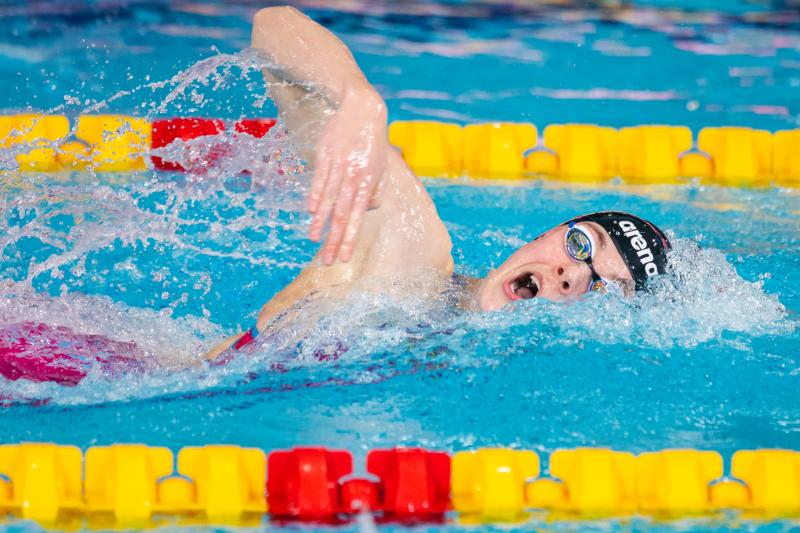 Ireland's Maria Godden hit a personal best at the FINA Swimming World Cup in Budapest, shaving half a second off her previous best when swimming 2:00.57 in the 200m Freestyle heats.

The Kilkenny swimmer also came close to a personal best in 100m Backstroke, going 0.16s slower when clocking 1:00.79. She was back in the pool today for the 100m Freestyle and 200m Backstroke heats.

The 20-year-old became the first Irish swimmer to swim 1500m Freestyle in less than 15 minutes when clocking 14:48.24 in the FINA World Cup Final.

The performance earned him fourth overall in the event, his time just 0.09s slower than the time Austrian Felix Auboeck posted to finish on the podium in third.

The performance comes 24hrs after Wiffen set a big new personal best of 3:48.59 in 200m Freestyle.

Godden and Wiffen will be joined on the final day of action in Budapest by Eoin Corby, who tackles 200m Breaststroke, having finished seventh in Thursday’s 100m Breaststroke Final.

On Friday, Corby took on 50m Breaststroke and posted 27.48s to finish 11th overall. The time was 0.21s off his best, which he posted in December 2019 at the last Irish National Short Course Championships.

He holds all Ireland's junior records for Breaststroke and missed out on a place at Tokyo 2020 by 0.06s. Godden holds three Irish Junior Records.