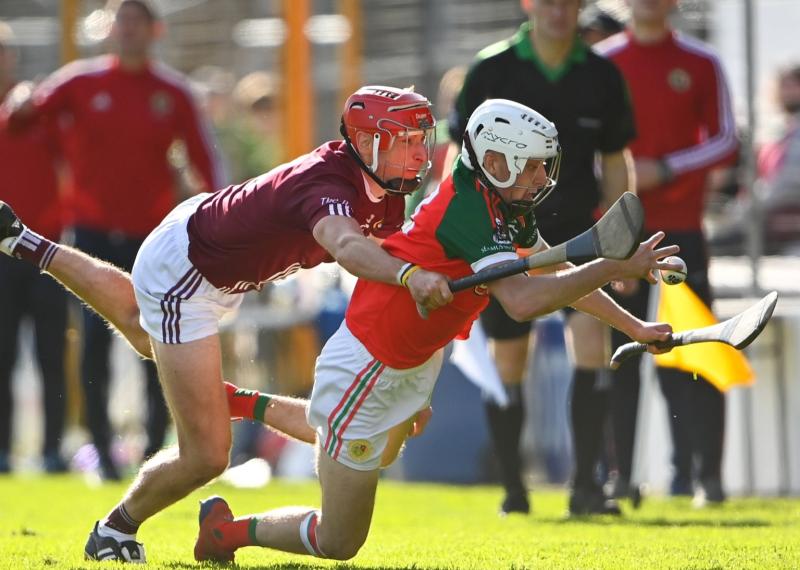 A 58th minute goal from James Stephens corner back Shane Donohue gave the Village a narrow one point victory over Dicksboro in a thrilling Senior Hurling Championship Quarter-Final at UPMC Nowlan Park on Sunday afternoon.

James Stephens were trailing for long periods and it was only after the introduction of team captain Conor Browne and the experienced Eoin Larkin that they managed to turn the tide.

Cian Kenny was the best star on show for James Stephens as he scored five points from play in a very impressive display at centre forward.

While the game took it's time to come to life, an opening half Tadhg O'Dwyer goal had given James Stephens a four point lead before quickfire efforts for goal from Andy Gaffney and Aidan Nolan changed the tone of the game.

With Shane Stapleton duly knocking over a number of frees, the Boro led 2-7 to 1-8 at the break.

The sides then swapped points until the second water break with Dicksboro continuing to lead on the scoreboard.

A couple of Cian Kenny points in the 49th and 50th minutes levelled up matters and it was anyone's game going into the final stages.

Dicksboro looked primed to grab the victory when Bill Sheehan and Robbie Fitzpatrick pointed to give them a two point lead but they were rocked when Donohue struck for James Stephens late on.

Kenny then struck his sixth point of the game and while Andy Gaffney got a score in response, it arrived too late as James Stephens held on for a crucial one point victory.