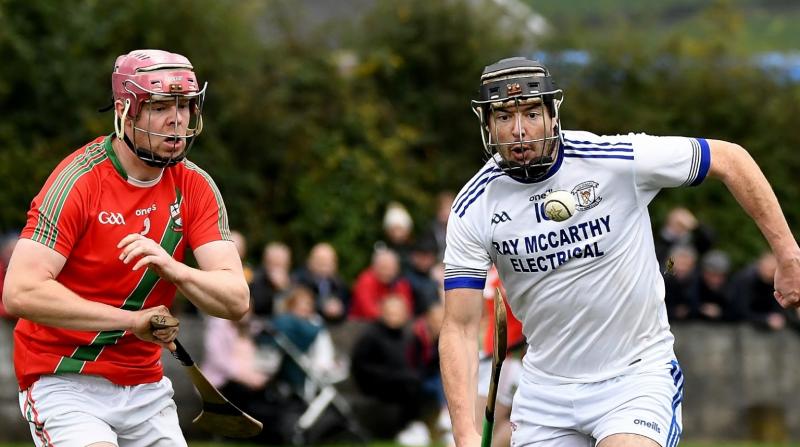 The Johnstown lads emerged one point victors and they were ably assisted by the first half dismissal of St Martins wing back Donal Coughlan who was adjudged to have struck Niall Carroll with Mark Webster, JJ Delaney and Kieran Grehan playing leading roles in the success for Fenians.

The teams were deadlocked at 1-5 to 0-8 at the time of the sending off after St Martins goalkeeper Colin McGrath netted a penalty but with a strong wind at their backs, Fenians led by two at the break with Mark Webster hitting half of his side's tally of ten points.

The hugely experienced JJ Delaney lined out at full forward for the winners and he netted a superb goal in the opening minutes of the second half to give his side some breathing space when leading 1-13 to 1-7 after Webster converted another free.

Martins were always going to be chasing from that point on but despite being a man down , they made a valiant effort of getting back into the game with the 42nd minute goal from Luke Maher getting them back to within two points and the three pointed effort arrived mere minutes after McGrath pointed Martins second penalty of the game.

Another goal there and Martins would have had all the momentum but even at that they were still on level terms with their opponents coming down the stretch.

Shane Kinsella and Brian Cody briefly pushed Martins in front but Fenians used all their experience to grind out the victory with Webster and Kieran Grehan grabbing crucial late scores as they dug out a one point victory.