Sparkling Shamrocks make it four Kilkenny titles on the trot 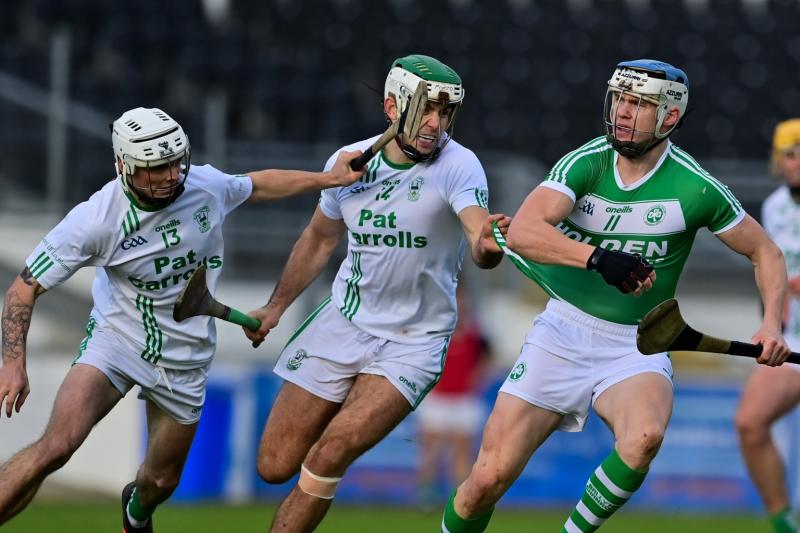 Shamrocks made it four Kilkenny senior hurling titles on the trot after they defeated O'Loughlin Gaels by four points in a thrilling championship decider at UPMC Nowlan Park this afternoon.

For long spells James O'Connor's team appeared to be in trouble but they showed their class with 1-6 on the trot inside the final quarter settling the result.

O'Loughlins were brilliant for over three quarters of the contest and they led 1-11 to 0-11 at the half-time break on the back of a goal from Owen Wall.

The Kilkenny city side continued to lead on the scoreboard until Shamrocks struck for two quickfire goals in the 40th and 41st minutes from Joe Cuddihy and Adrian Mullen.

Paddy Deegan was excellent throughout the hour for O'Loughlins and he helped Andy Comeford's side retake the lead when he goaled just minutes after the Shamrocks double salvo.

O'Loughlins still led 2-14 to 2-13 by the second half water break but it was at this stage that Shamrocks really went into overdrive and after man of the match Ronan Corcoran equalised and TJ Reid pointed the All-Ireland champions in front there was no looking back.

Further scores from Eoin Reid, Brian Cody as well as Corcoran and TJ Reid powered Shamrocks clear until Brian Butler got forward for their third goal in the 52nd minute.

O'Loughlin's rallied late on with Deegan getting his second and his side's third goal in stoppage time but it all arrived too late and with sub Danny Loughnane receiving a straight red card in the dying stages, Shamrocks came through to claim success on a 3-19 to 3-15 scoreline.