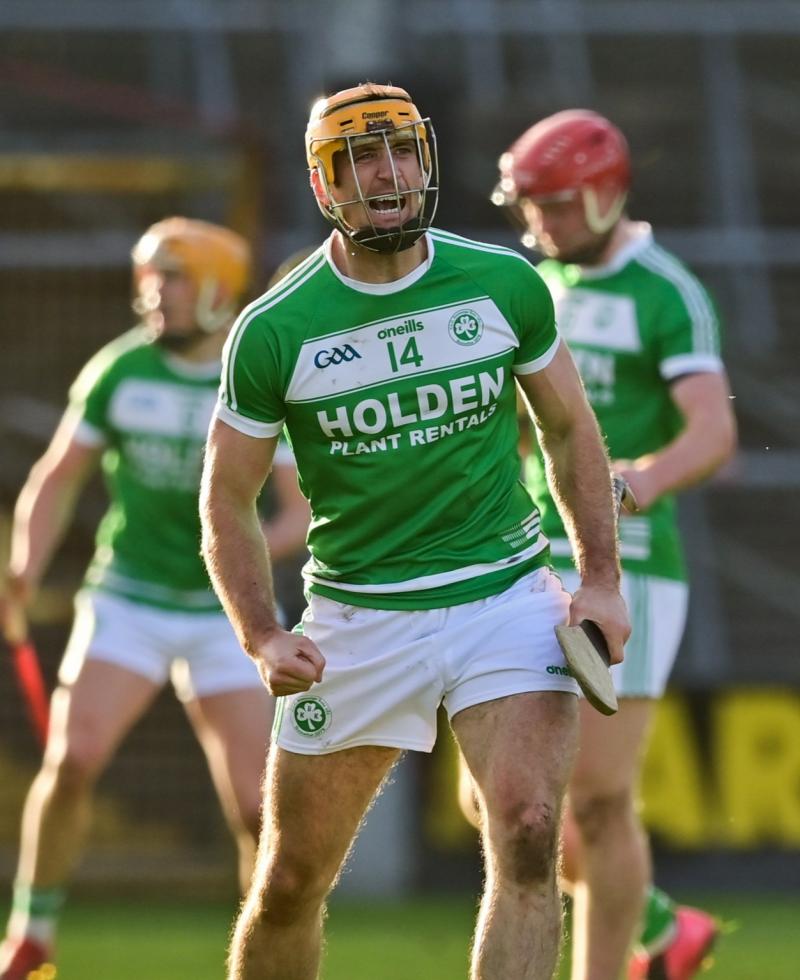 Sunday’s county final victory proved to be a historic occasion for a number of Shamrocks players as Colin Fennelly, TJ Reid and Eoin Reid all picked up their 10th winners medal with the club.

For Fennelly it was a hugely satisfying result as not only did he captain his club to another title but he also played his part alongside the Reid brothers in capturing such a landmark individual accolade.

“That is amazing. It is something you couldn’t even think about. You would get butterflies in your stomach at the thought of it. To stand here now and know we have achieved it is an amazing feeling.

“We are after doing the (club’s) second four-in-a-row. This is my 10th championship win. Myself, Eoin Reid and TJ, three of us left of the first one. This is an amazing feeling. I am delighted for the club and team.”

O’Loughlin’s threw everything at Shamrocks in the hope of landing a first title since 2016 but the Ballyhale boys showed their class in digging out the result when racing clear in the final quarter.

“That was the essence of a top team performance,” said Fennelly.

“Everyone on the team stepped up when needed. Different players showed for us at different times.

“Eoin Reid, who has been injured for the last three games, caught a vital ball that was crucial. TJ did wonderful things as usual. Everyone performed.

“O’Loughlin’s were wonderful in the first half. Every ball we got on they swarmed us. At half-time the simple message for us was that they were working harder than us.

“It wasn’t that we weren’t trying during the first half - they were literally on top of us on every ball, and they showed how really good they are.”

After winning the 2020 county title there was limited spectators present to celebrate alongside so it was a much different experience for the 32 year old.

“It’s great, to see all the family and friends, it’s completely different,” he said.

“You win matches but when you see your family and friends it means so much more to everyone.”

Shamrocks can now look forward to defending their Leinster title that they won in 2019. After missing out with the covid pandemic last term, it’s something they are eagerly looking forward to.

“I won’t be stopping with the club, that is for sure,” the captain said. The Leinster championship is very much on our radar now.
“We are out in three weeks time and we will be looking forward to it,” he added. “We will enjoy this moment, and for the week and then we will get back to training.”

After sitting out this year’s intercounty championship with Kilkenny, Fennelly confirmed he won’t be returning to the Cats fold in 2022 and that it’s job done in the black and amber.

“I’ll be finished with Kilkenny,” he admitted.

“I am happy playing with the club and there are so many young lads coming through.

“ I had a great time playing with Kilkenny,” he finished. “Fantastic, so it was.”