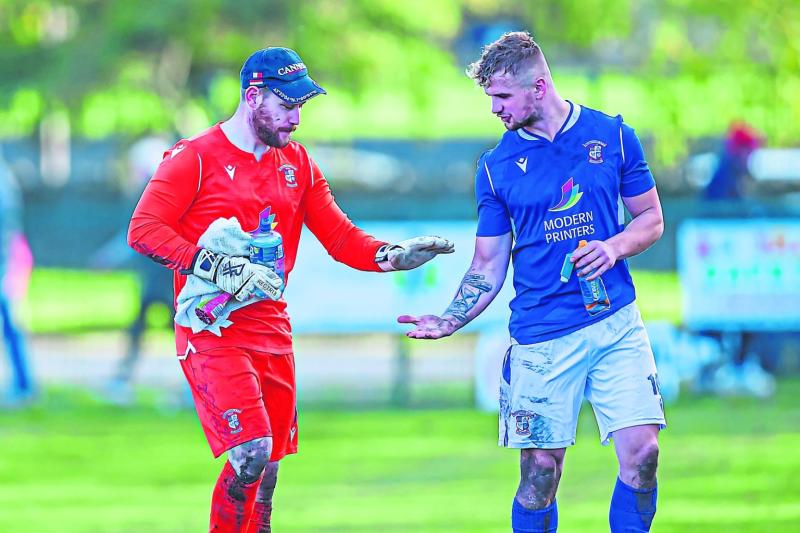 Two Kilkenny City sides were in FAI Junior Cup action on Sunday and it turned out to be a day of mixed emotions.

Freebooters booked their place in the next round when they emerged victorious over Wexford side Gorey Rangers on penalties after the game originally finished 1-1 after extra-time.

The cup tie at the Fair Green was closely fought and it wasn’t until the 58th minute, that the deadlock was broken with Freebooters taking a 1-0 lead after Ger Hayes converted a penalty.

The Freebooters advantage didn’t last too long though with Gorey Rangers hitting back eight minutes later to level up proceedings.

Both teams did all in their power to try and force a winner in normal time but nothing came to pass and although there was an extra 30 minutes of football played, there was still no separating the sides with penalties required to settle the game.

’Booters eventually found a way to win in the spot kicks as they emerged 4-2 winners to book their place in the last 32 of the competition.

The other FAI Junior Cup tie involving Kilkenny participation saw Evergreen also take on Wexford opposition as they made the trip across the border to take on Courtown.

Unlike near neighbours Freebooters, it was a losing outing for Evergreen as they fell to a 2-1 defeat.

Elsewhere there was plenty of league action around Kilkenny with two games taking prominence in Premier Division with Deen Celtic overcoming Newpark while Thomastown United got the better of Clover United.

Deen Celtic beat city side Newpark on a 2-0 scoreline to move up to fourth position in the league table while goals from Mark Delahunty, Rory Monks and Aaron Kehoe handed Thomastown a come from behind 3-2 success over Laois outfit Clover United.

In the first division Fort Rangers had a solitary 1-0 success over Callan United in Cuffesgrange as they maintained their place at the top of the division. Emmet Nugent got the only goal of the game.

There were three games in Division Two with Durrow’s Lions seeing off Bridge United 6-0. River Rangers had too much for the Thomastown United second string as they grabbed all three points in a 3-2 win while Castlewarren Celtic and Highview Athletic shared the spoils after a 2-2 draw.

The final game of the weekend then saw Deen Celtic B get the better of Brookville in Division Three.