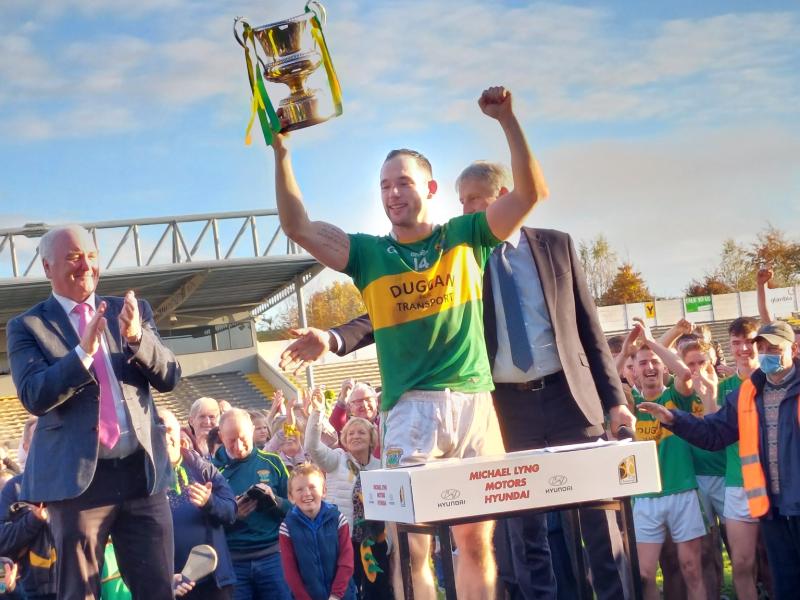 Glenmore are back at the top table of hurling in Kilkenny after they sauntered their way to victory over St Lachtain's in the Michael Lyng Motors Hyundai Kilkenny IHC final in UPMC Nowlan Park.

Glenmore are now back at senior level for the first time since 2005 and the victory was based on a superb second half performance where they outscored Freshford 2-10 to 0-2.

Things had looked so bright for Lachtain's when two first half goals from Cian Dawson and Shane Donnelly gad them ahead.

Those goals came after Glenmorre captain Ger Aylward goaled in the opening minute but helped by the steady influence of James Maher, Lachtain's led 2-7 to 1-7 at the break.

Lachtain's were steamrolled in the second period though as Glenmore took complete control and when Aylward, Alan Murphy and Liam Hennessey contributed to a period of four points on the bounce they went ahead 1-11 to 2-7.

Liam Hickey equalised for Lachtain's with an effort from play but that was as good as it got for the Freshford side in the second half as Glenmore responded with 2-8 on the spin.

When ahead by three points, Alan Murphy struck Glenmore's second goal via a penalty where Ger Aylward was fouled and from that point on it was all plain sailing for the winners.

Mark Aylward then added a third goal inside the final ten minutes and from that point on, Glenmore emptied the bench as they celebrated a fully merited Intermediate championship success.