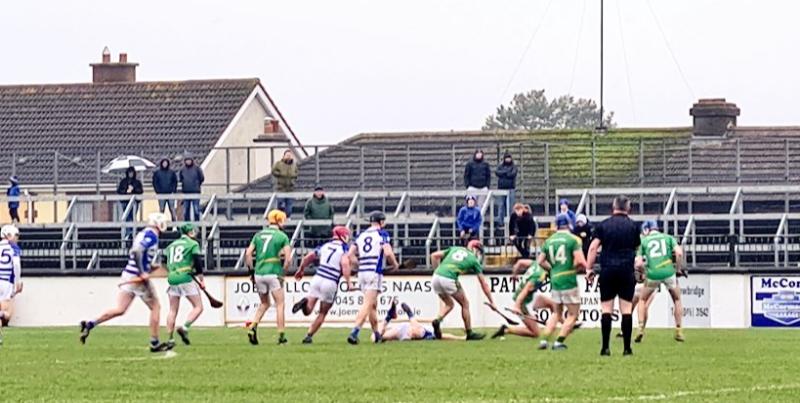 Glenmore's Leinster championship campaign came to an end after they were outplayed by a resurgent Naas side in St.Conleths Park this afternoon.

Glenmore came into the game on the back of a quarter-final success over Ballinakill of Laois but they were second best all the way through against a talented Kildare outfit.

Glenmore only registered three points from play over the course of the 60 minutes and relied heavily on the scoring exploits of Ian Byrne who finished with 1-7.

Naas led 0-11 to 0-5 at the half-time break with the likes of Cathal Dowling, Brian Byrne and Sean Gainey all causing trouble for the Kilkenny side.

Glenmore did have a glorious opportunity to get back into the game in the early minutes of the second half when team captain Ger Aylward was fouled in the Naas square by Ross Kelly but Alan Murphy's shot was brilliantly saved by Cormac Gallagher.

From that point on, Naas controlled proceedings and Shane Ryan nabbed the game's opening goal when taking advantage of a mistake by Tomas Dunne in the Glenmore goal.

Ian Byrne did hit back with a late goal in stoppage time but it arrived much too late as Naas booked their place in the provincial decider.