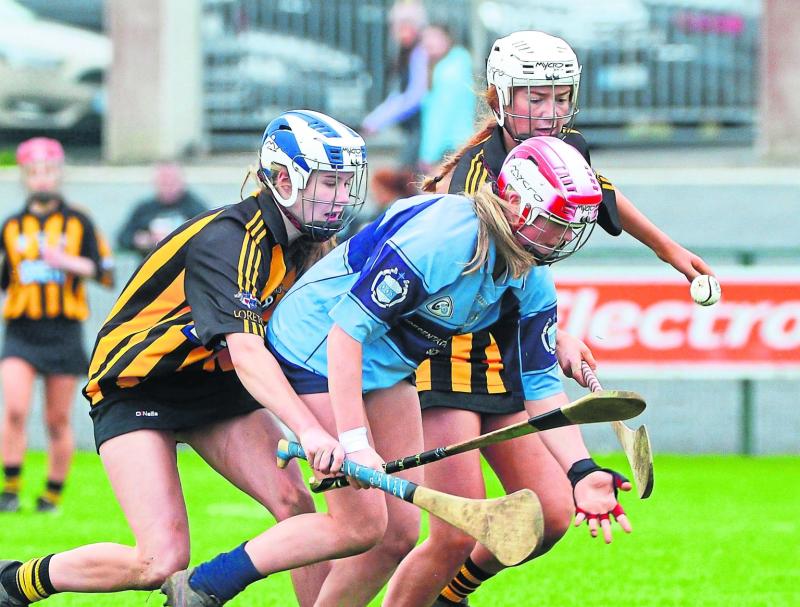 City neighbours Loreto and Presentation College, Kilkenny will have to meet again after they played out an entertaining draw in the Leinster Colleges senior camogie final last Saturday afternoon.

Loreto have been the dominant Kilkenny school in recent times and after being six points up at one stage, they will be wondering how they let their lead slip but credit must go to Pres for digging out a result.

This was a hugely entertaining contest where both sides abandoned any consideration of self- preservation in pursuit of any available advantage. The tenacity of both sets of defenders was the dominant feature of the game.

The Pres opened with a pointed free by Kiera Kelly after four bristling minutes of action. But that was their only score until the 22nd minute.

In the interim, it was the champions Loreto who posted notice that they were not in the mindset of relinquishing the Stuart Cup easily.

Asha Mc Hardy – what a delightful talent- drilled the champs into the lead 60 seconds later. But the first goal rocked the challengers in the 13th minute.

A long delivery by the stylish wing back, Ava Shefflin somehow deceived a Pres defender and eventually ended up in the back of the net.

Loreto led by 1-4 to 0-1 at the water break, and they looked every stroke of it.

Pres posted two good points in response - one by one of the most lethal forwards on view, Lauren Ronan the other from a placed ball by Kiara Kelly.

Pres were in need of a goal though and just before the break they got one when Lauren Ronan found the net.

After further points, Loreto led 1-6 to 1-3 at the change of ends but they only scored once more in the second half as Pres rallied against them.

Dicksboro star Asha McHardy got the solitary Loreto point as Pres threw everything at their opponents. Keara Kelly and Emma Shortall kept the scoreboard ticking over for Pres and they deservedly forced a draw in stoppage time.

A fantastic advertisement for Kilkenny Camogie and another cracking contest is in store for the replay on Thursday afternoon.