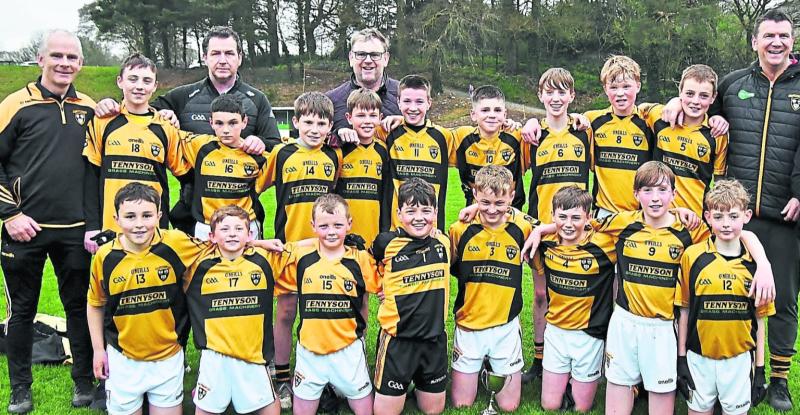 The facilities were top class and conditions excellent as Kilmacow hosted Piltown in the Roinn B Final.
The opening few minutes started with goal chances for both sides.

Kilmacow wing forward Flinn Gillespie had his shot blocked down in front of goal while Piltown took full advantage of their opportunity, a shot from full forward Harry Farrell bringing out the best in Eoin Sutton in the Kilmacow goal when he saved from point blank range only for the clever Brodie Wheeler to be on hand to finish the rebound to the back of the net.

Piltown were off to a flying start in the opening minutes to lead by a goal.

Kilmacow immediately went up the other end of the pitch and had a great chance to level after some very good work by Flinn Gillespie and Liam Egan presented them with a goal chance going wide but ref Ray Byrne pulled back play for an earlier infringement and Flinn Gillespie pointed the free to open the scoring for the home side.

Both teams had settled now and started to play with what was going to be a fantastic game of good quality football, the battle between Kilmacow centre back Rory Foot and his direct opponent Jack Farrell was developing in to a highlight of the game.

Harry Farrell pointed for Piltown from a tight angle to stretch the lead only for Liam Egan to claw one back for the home side after a great sweeping move up the field and a clever kick pass from Flinn Gillespie to find Egan in space.

Piltown responded very well and began to win a few key positions around the pitch, Shane Downey was dominating at full back while Jack O Driscoll and Harry Farrell were doing well too.

Piltown added two more points before half time, a point from corner forward Brodie Wheeler and a pointed free from midfielder Dylan Walsh to leave the score 1-3 to 0-2 in favour of Piltown.

The second half started well for Piltown with a goal from Daire O’Brien when he pounced on the end of a long ball into the full forward line to finish to the back of the net.

Kilmacow responded with a point from a free by Flinn Gillespie.

Kilmacow got the next two points to bring the score to 2-3 to 0-5 after a point from play by David Phelan and another pointed free from Flinn Gillespie.

Up next was a massive phase in the final when Eoin Sutton in the Kilmacow goal not only pulled off one great save but immediately followed it up with a double save to keep his side in it and maybe start putting some doubt into the Piltown team.

But that was not to be the case, Dylan Walsh pointed a ’45 for Piltown that was answered by a free from Flinn Gillespie to make the score 2-4 to 0-6. 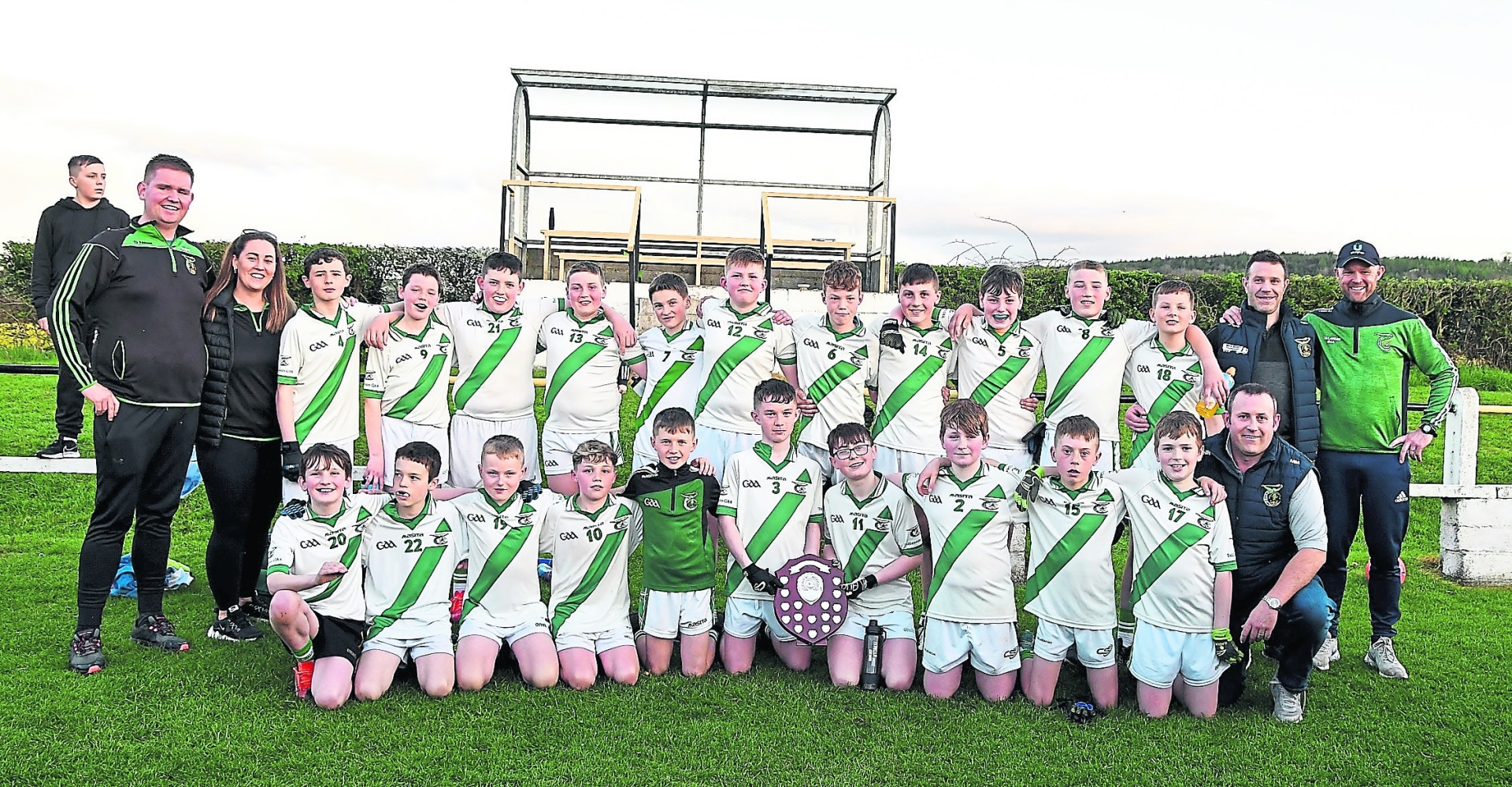 Pairc Lachtain was the venue as St Lachtain’s and Tullaroan locked horns for the final of the Roinn C football championship.

Both teams took time to settle with early chances going wide before Tullaroan midfielder Ryan Maher registered the first score of the game to go one point ahead.

St Lachtain’s then took the lead then when Patrick O’Connor pointed from a tight angle after 12 minutes of play.

St Lachtain’s wing forward Jack Marnell was now getting into gear and winning plenty of possession, causing Tullaroan all sorts of problems but in was Tullaroan who got the next score when Cian Maher got a point from just outside the 21 to level things again.

Jack Marnell put St Lachtain’s two points up with a score from play and he was the quickest to react when a 45 had dropped short and came back out to him, he found space and slotted the ball over the bar.

Cian quickly followed up this with a pointed free and sides were all square again in what was turning into a cracker of a final.

Things were looking like it was all square going into half time when Jamie Kavanagh and Ben Leahy went for a 50/50 ball in the corner in which young Kavanagh came out on top and when charging down on the Tullaroan goal was fouled to win his side a free.

Up stepped Jack Marnell and he pointed to put the Freshford side one up going in at the break.

Tullaroan went up the field immediately after St Lachtain’s missed a penalty and nearly took the lead when Keilan Egan scored a goal only for it to be ruled out for a square ball. They did get the next score when Cian Maher pointed from a free to bring it back to a one point lead.

With St Lachtain’s back on the attack again and the forwards working well, throwing the ball around with great confidence, Cian Dalton found the target not only once but twice to put three between the teams.

With 16 minutes played in the second half the game was about to turn in favour of Tullaroan when centre back Ethan Russell got on a ball in the Freshford square and blasted through a crowd and into the goal to bring things all square.

Jamie Kavanagh in the St Lachtain’s full-forward line was a constant thorn in the side of the champions’ defence all match and if it was not for the brilliance of a young Lory Hogan in the Tullaroan goal he might have had a hat trick.

Cian Maher again pointed from play to go one point up.

Tullaroan added two more points quickly, one from amongst body of players and it was hard to see who got it and one from David Holland.

Tullaroan finished the game with two more scores, a point from midfielder Ryan Maher and a bullet of a goal from the dangerous Cian Maher.