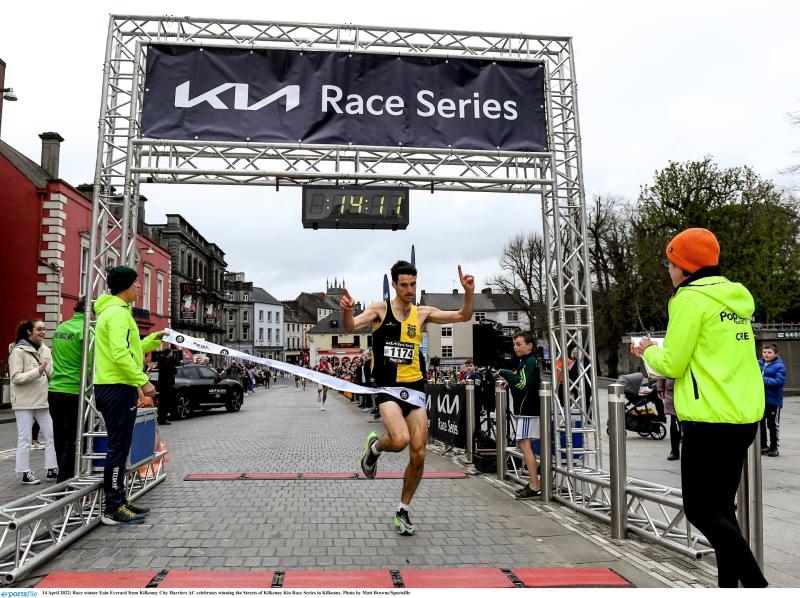 Eoin Everard shows no signs of slowing down!

Just weeks after winning his second Streets of Kilkenny 5K - and setting  a new course record in the process - the Kilkenny City Harriers athlete set another milestone when he broke the 30-minute mark for a 10k race.

Everard, who became the first Kilkennyman to break the magical four minute mile target in July 2013, ticked another achievement off the athletic bucket list when he finished the 10k inside half an hour. His moment came when he ran in the Vitality London 10,000 on Bank Holiday Monday. Billed as an iconic 10K, the run takes athletes past some of London's most famous landmarks, including Admiralty Arch, St Paul’s Cathedral, the Bank of England, Somerset House, Big Ben, the Houses of Parliament and Westminster Abbey.

Not that Everard was in London to see the sights - in a blistering performance he powered through the course, crossing the line in a time of 29:52.

"I'm delighted to have run under 30 minutes for the 10k," he said. "It was the last big milestone I wanted to do."

Everard was the first Irish athlete to cross the line and was 12th overall. The race was won by Ellis Cross, who beat double Olympic gold medal winner Mo Farah by four seconds.