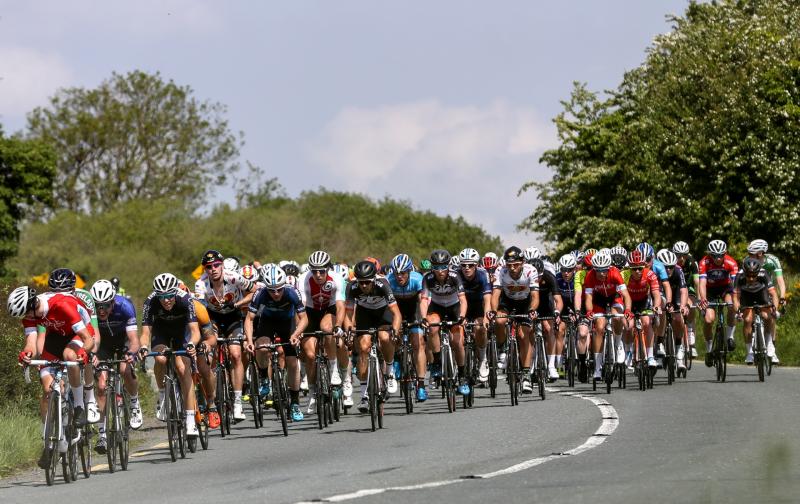 For the first time since 2019 the international cycling stage race Rás Tailteann will be held in Ireland this summer - with a key stage coming through Co Kilkenny.

The 67th edition of the race take place between June 15th-19th and will travel clockwise around  Ireland with stage finishes in Horse and Jockey, Castleisland, Lisdoonvarna, Kilbeggan, before starting  the final stage in Kinnegad to the finishing circuit in seaside town of Blackrock, Co. Louth. Riders will  cover 756km with 8 categorised climbs which will act as a platform for attacking riders to battle it out  for the coveted Rás yellow jersey.

The protagonists and animators of daily stage finishes, in particular the sprinters that compete for and  chase this classification in An Rás, often become household names on the world stage. Just think of Ireland's own Sam Bennett, John Degenkolb or Mark Cavendish who have all gone on to dominate as sprinters on  the world stage. Winning the same classifications in the most famous of them all, Le Tour de France.

Kilkenny will feature on the first day of the race, Wednesday, June 15. The stage kicks off from Tallaght Stadium that morning and makes its way through Wicklow, Kildare and Laois before reaching Kilkenny. Cyclists will come through Castlecomer and head towards Ballyragget, then on to Freshford and Urlingford.

Well known to local cyclists, the route from Castlecomer to Ballyragget is a steep climb, and the Rás participants will be competing for KOH (climbing) points.

There's a Hot Spot Sprint as the peloton leaves Urlingford, heading to the stage finish at Horse and Jockey.

A number of international teams have already declared they will be taking part, including teams from England, the Isle of Man and The Netherlands. County teams of Irish riders can also enter.