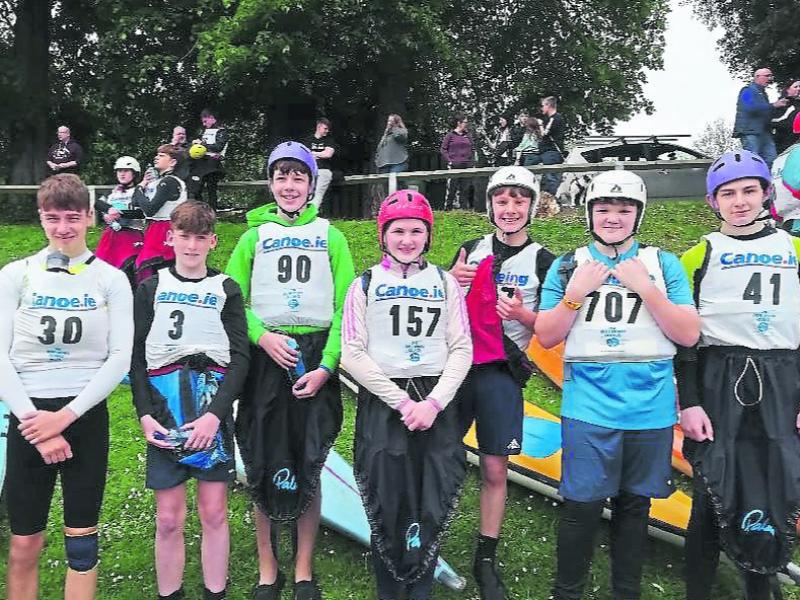 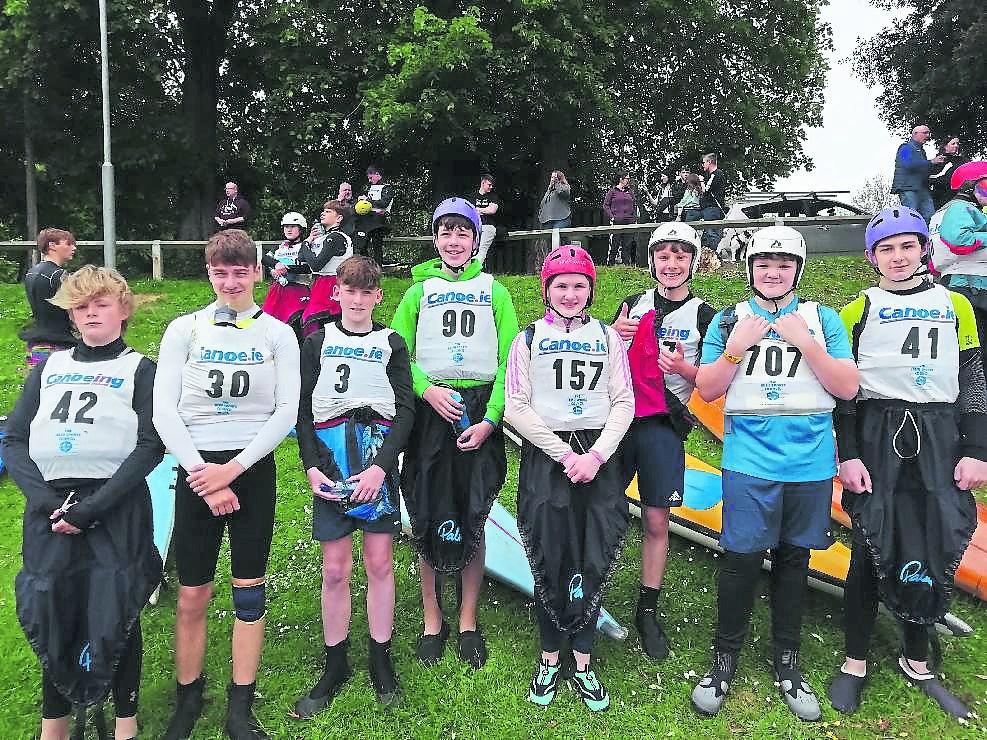 The weirs at Lucan and Wren’s Nest provided some of the highlights in the Junior Liffey Descent on Saturday.

The Thomastown Paddlers Canoe Club was out in force at the highly anticipated Junior Liffey Descent Race, travelling to the race with a full trailer of boats and carloads of promising young paddlers.

The 11.5km course, which started at Salmon Leap Canoe Club in Kildare and finished at the Canoe Ireland Training Centre in Palmerstown, included a portage around the dam at Leixlip reservoir just 10 minutes after the start.

The course took in some challenging weirs, testing the skills of even the most experienced paddlers taking part. The massive ‘Lucan’ and ‘Wren’s Nest’ weirs always excite and proved great vantage points for family and friends who travelled to support and cheer on our young club members.

The result of the day was from Millie Brennan, who took home a silver medal in the girls’ under-15 Class C.

The club’s more experienced junior athletes Adam Pender and Tadhg Ryan paddled well in the fast and closely contested under-18 Class A. They came sixth and eighth respectively, with Pender having a clean run down. Both paddlers will have their eyes set on competing in the long version of the course and the pinnacle of the Irish racing calendar, the 62nd Liffey Descent in September.

In the K2 Class, Thomastown duo TJ Brennan and Xavier Blanche had a great run until ‘Sluice Weir’ where a combination of factors left the boat damaged beyond even temporary repair for the pair to continue. Both paddlers are going from strength to strength, with Xavier racing off the back of a second place result at Malahide recently. All the club’s young paddlers will take great experience from the challenging course, which has certainly left them hungry for more racing.

The Thomastown Paddlers will now look ahead to the next marathon race in Carrick-on Shannon on June 12, followed by the club’s own Thomastown Marathon Ranking Race. That event, which will be held on Sunday, June 19, will see the club’s more seasoned athletes battle it out along the scenic stretch of the River Nore from Bennettsbridge to Inistioge.