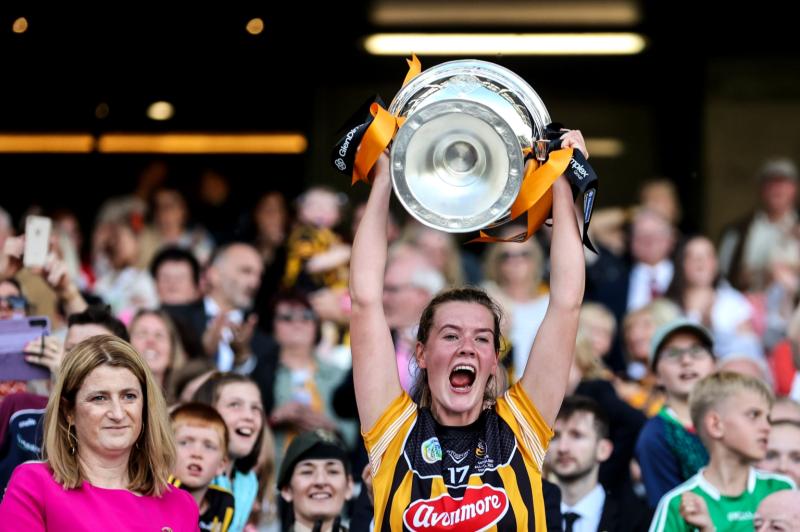 A late Sophie O'Dwyer goal paved the way for Kilkenny as they claimed a second All-Ireland title in three years after having one point to spare over Cork in Croke Park.

The scene looked set for a Cork victory as they led by two points but O'Dwyer's 56th minute strike turned the tide in the Cats favour and while Katrina Mackey did level matters afterwards, there was still time for Denise Gaule to hit a match winning free in stoppage time.

Kilkenny had a dream opening to the game as they raced into a 0-6 to 0-0 lead but Cork came battling back and helped by a goal from Fiona Keating, the Rebels were back level by the half-time break.

Cork looked to have all the momentum as they went into the lead for the first time in the 34th minute when Amy O'Connor converted one of five frees.

Kilkenny wouldn't go away though and led by Miriam Walsh and Katie Nolan, Brian Dowling's side stayed in the fight.

Gaule and Nolan missed a couple of frees in the final few minutes that looked to be fatal though as O'Connor and Hannah Looney pushed the Cork lead out to two points.

Sophie Dwyer then pounced for an opportunistic goal four minutes from time after she arrived in the square on the back of a Niamh Deely attempt that was batted out to her by Cork goalkeeper Amy Lee.

Cork did equalise soon after and just when a replay seemed possible, Denise Gaule knocked over a stoppage time free from distance after Miriam Walsh was fouled around the neck.

In the four added on minutes, Cork still had a chance to level up matters but Ashling Thompson pulled a shot wide and referee Ray Kelly called for the sliotar soon afterwards as the Cats fought to a brilliant victory.