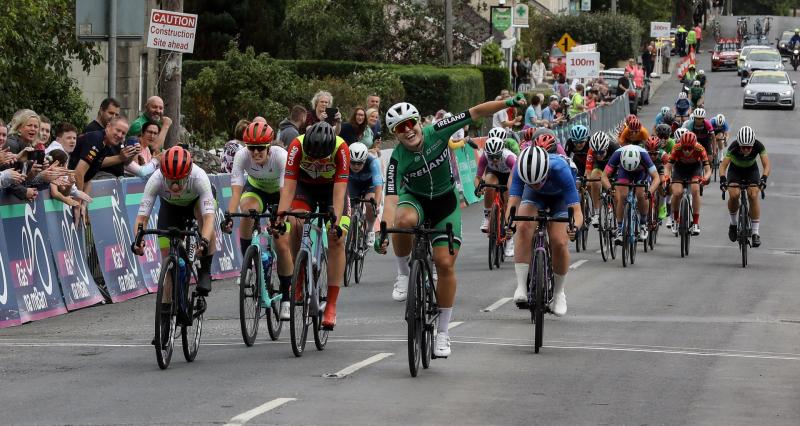 Gillespie again showed her sprinting prowess to hold off challenges from Ireland's' Ellen McDermott of Team BoomPods and Cams-Basso's Maddie Leech, who crossed the line in second and third place respectively.

A dry day was welcomed by riders assembling in Kilkenny City for the start of the 89.5 kilometre stage, following the persistent rain showers on the three previous stages.

The change in weather also translated to the racing, with a highly aggressive start to the stage a marked change from the more attritional approach favoured before today.

The day's first attack came from Cycling Leinster's Caoimhe O'Brien, who launched a solo bid from kilometre zero. The Westmeath rider's gap grew to 18 seconds before the team of Pro-Noctis - Rotor - Redchilli Bikes moved to the front to rein her in after 10 kilometres of racing.

An array of attacks and counter attacks ensued for the next 30 kilometres, with notable efforts from Georgia Whitehouse of IBCT-RDL Team, Cardinal - Classic Cycling's Florence Howden and Sara Rains, and Brother U.K Orientation Marketing's Sophie Lewis.

Sensing an opportunity for a breakaway to succeed, Team Ireland's Eve McCrystal was joined in a move by IBCT-RDL's Hayee Fuller, NWVG-Uplus's Rixt Hoogland and eventual third place finisher Maddie Leech. The strong quartet quickly established a gap of 47 seconds over the main bunch ahead of the first ascent of the Templeorum Queen of the Mountains climb.

Pro-Noctis - Rotor - Redchilli Bikes moved all their riders to the head of the peloton to ensure good positioning going into the foot of the climb, and the high pace that followed resulted in the four-rider break being absorbed just before the first categorised climb.

In the battle for the Queen of the Mountains competition, Danni Shrosbree of Cams-Basso edged clear of stage three winner Kate Richardson to take maximum points and regain the provisional lead of the classification by a solitary point.

The 2.5 kilometre long Templeorum ascent also resulted in a significant reduction in size of the main group, with less than 40 riders remaining by the time they returned to the climb on the second of two finishing laps.

With all the classification jersey wearers safely embedded in bunch, attention returned to the Queen of the Mountains competition and the deciding final climb of Rás na mBan 2022. A hotly contested uphill sprint was taken by Team LDN - Brother UK's Alex Morrice, with Richardson taking second ahead of Shrosbree to reverse the standings once again and secure the IVCA Wicklow 200 Queen of the Mountains classification. 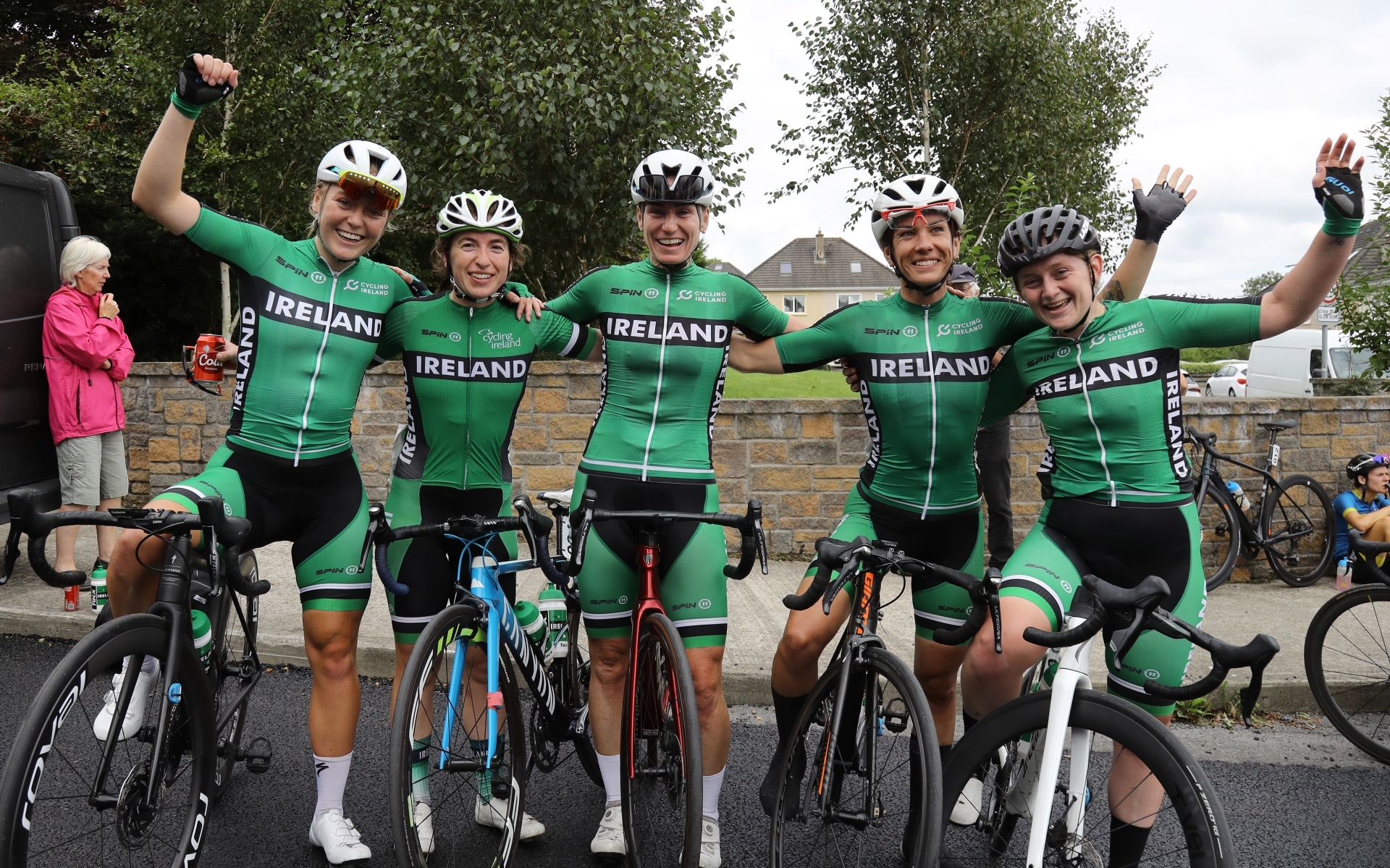 A fast descent from Templeorum preceded a flat and nervy run to the finish in Piltown for the remaining 25-rider bunch.

Bermudan Caitlin Conyers of LUX-CTS p/b Specialized took advantage of a lull in proceedings to make a late bid for glory with seven kilometres remaining, prompting a swift response from Team Ireland's Kelly Murphy and Eve McCrystal to bring her back.

Murphy and McCrystal continued their stellar work for protected teammate Lara Gillespie, keeping the pace high in the closing kilometres, with the tireless McCrystal going on to produce a perfect lead-out for Gillespie's sprint.

Tomorrow's final day begins with a 2.5 kilometre individual time trial around the grounds of Kilkenny Castle Park, with riders returning in the afternoon for a city centre criterium race, also starting and finishing outside Kilkenny Castle. The stages form part of a city-wide celebration for the Rás na mBan festival