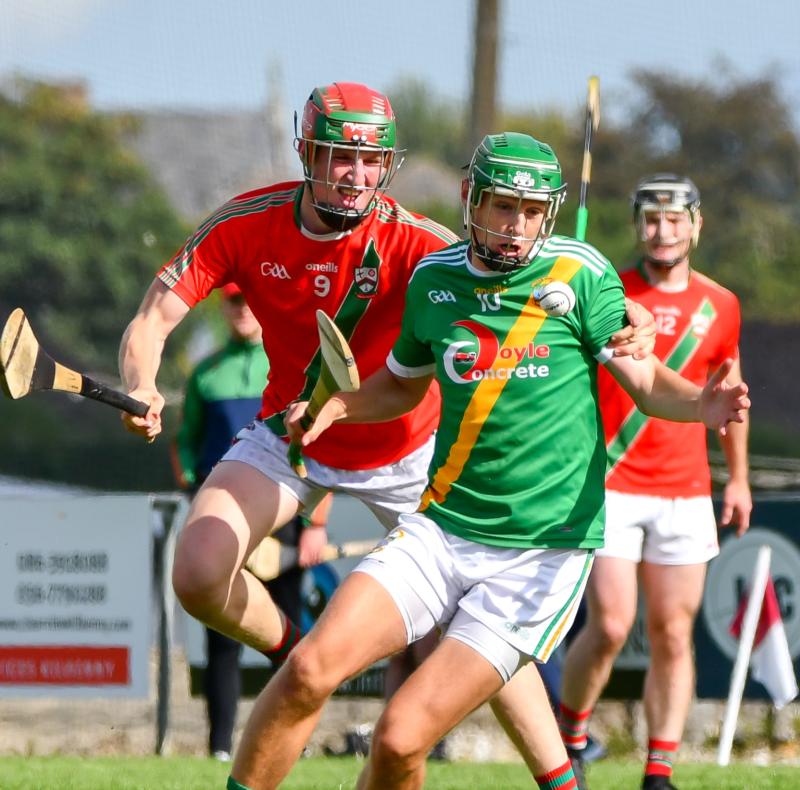 On a beautiful September Saturday in Palmerstown, Carrickshock and St Martin’s came into this game with quite different targets.

Carrickshock needed a win to get them straight in to the championship quarter-final in a couple of weeks’ time.

As regards League standings, St Martin’s really had nothing to play for.

Unfortunately for the Muckalee contingent, this was evident in the way the game unfolded.

Carrickshock got off to a blistering start: Kevin Farrell had the first point on the board inside 30 seconds, closely followed by a free from Eoghan O’Neill before the same player continued his rich vein of form with a classy goal that gave Colin McGrath no chance.

St Martin’s did get a couple of early points to keep in touch, the pick of them a long range effort from Brian Cody.

But almost like clockwork Carrickshock knocked over six points in six minutes, the first a monster score from John Power, to put them 1-8 to 0-2 ahead midway through the first half.

From there to half time they kept the foot to the floor, and their backs never really allowed St Martin’s forwards to get into gear.

Jake O’Dwyer sent over a couple of beauties from either side of the field in this period, at the other another Brian Cody point from long range sandwiched between a couple of Shane Kinsella frees just about kept St Martin’s afloat, reaching half time with a deficit of 11 points (1-15 to 0-7).

When Darragh Brennan struck Eoghan O’Neill’s inch-perfect pass first time to the net early in the second half, it really was looking like curtains for St Martin’s.

They did start to gain somewhat of foothold in the game over the next 10 minutes. However, too many of their attempts at goal were made under heavy pressure from the Carrickshock defence and they really just kept the umpires’ arms waving.

They did finally breach the defence on 44 minutes when a long range free dropped in under the crossbar and literally fell over the line.

They followed up with a couple of points but when the hard-working Eoin Crowley was rewarded with clear sight of goal on 52 minutes he buried the ball in the net, and with it, St Martin’s last chance of staying in this game.

A couple of minutes later Dan Blanchfield’s long range free was fumbled by the St Martin’s defence and helped to the net by Barry Lennon to complete the demolition job.

The one-sided nature of the contest won’t bother the ’Shocks’ fervent following too much.

They now have a Shield final on Sunday to warm up for the championship quarter-final the following weekend.

Meanwhile St Martin’s know that their season is far from over – a win in Saturday’s championship first round game against St Lachtain’s would put right a lot of the wrongs of their winless league campaign.