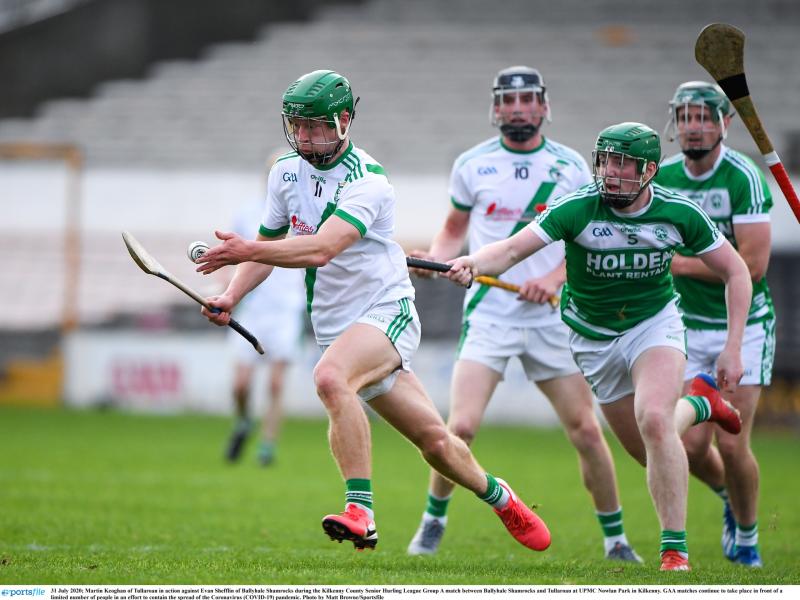 Tullaroan captured their first senior league title in 20 years as they overpowered a disappointing Bennettsbridge side in UPMC Nowlan Park on Saturday afternoon.

Tullaroan had 14 points to spare over their opponents come the final whistle and in truth the margin of success was warranted as they dominated from start to finish.

All of Tullaroan’s starting six forwards got on the scoreeheet from play but it was Gearoid Dunne’s 1-3 tally that stood out with his 12th minute goal helping his side ease away from Bennettsbridge.

I’ts not the end of the world for Bennettsbridge as last year showed when they won the league before going out to Shamrocks a week later but there was some worrying aspects in the performance that will need to be ironed out ahead of a crucial quarter-final next weekend.

Nicky Cleere got the game's opening score with a converted free in the 3rd minute before John Walton replied with the equaliser.

The teams then swapped further efforts via Kevin Blanchfield and Bill Gaffney before Tullaroan took control of the game.

Blanchfield’s fifth minute point would be the Bridge’s only effort to split the posts in a nine minute spell that saw Tullaroan score 1-5 without reply.

Gaffney got the momentum flowing before Shane Walsh and Mossy Keoghan edged the Sash into a 0-4 to 0-2 lead.

Gearoid Dunne was already proving to be a handful for the unusually open Bennettsbridge defence at this stage and he was on hand to bat in the games’s opening goal after Keoghan took advantage of a mistake by David Blanchfield and while his shot was saved, Dunne was still there to convert

The former Kilkenny minor star then followed up on the goal with his first point from play and when John Walton doubled his tally, seven points seperated the sides (1-6 to 0-2).

The Bridge did get back to four after efforts from Hugh O’Neill, Nicky Cleere and Kevin Blanchfield but it was an afternoon where their main stars really struggled to fire.

Ciaran Brennan and Shane Walsh then swapped points before Tullaroan went through the gears again with the county duo of Padraig Walsh and Mossy Keoghan combining to find the target as they led 1-10 to 0-6.

That’s how it stayed till the interval but Willie Maher’s Bennetttsbridge side did go close before then when Jamie Harkin found Sean Morrissey but the full forward’s shot at goal could only deflect wide off the post.

Tullaraon had a glorious opportunity of their own upon the restart when Mossy Keoghan was again denied by Enda Cleere in the Bridge goal.

Nicky Cleere then reduced the gap to six with his third free of the game but his side were constantly on the back foot and Tullaroan soon hit another purple patch with points from Dunne, Gaffney and Shane Walsh.

That left 10 points between the sides and the game was over in truth at that stage.

Bennettsbridge continued to tag on points with Cleere, Kevin Blanchfield, Hugh O’Neill and Sean Morrissey all finding their range but it was all in a losing effort.

Dunne, Walsh , Gaffney and Walton continued to knock over points at their leisure for Tullaraon even if it was a little bit too easy for them at times.

By the halfway mark of the second half you got the sense that both teams were already switching their attention to the last eight of the championship.

Bennettsbridge will be hoping this big defeat doesn’t dent their confidence too much while Tullaroan will be aiming to use this merited victory as a springboard to better things in the coming weeks.

Much to ponder for both sides but they know the margin for error has now been eliminated ahead of the knockout action.