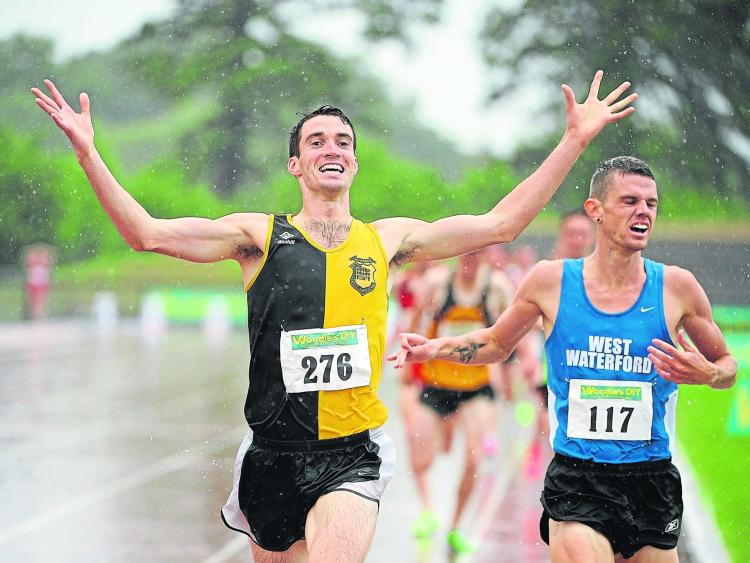 Whether a total sports buff or just a casual onlooker, one thing is certain - everyone knows about the magic of running a four-minute mile.
Ever since Roger Bannister became the first athlete in history to break the barrier (he did it in 1954) runners all over the world have tested themselves to see if they can do it too.
There is an air of exclusivity about the four-minute mile club but it does have a Kilkenny member - step forward Eoin Everard.
It was a warm July evening in Santry back in 2013 when Everard made history, becoming the first Kilkennyman to run the four-minute mile.
He had come close a year earlier, running four minutes flat - Everard knew he could hit his target and break that magical mark.

Keeping a solid pace, Everard completed the four laps of the Morton Mile in 3.58.93.
“There were plenty of guys there to push on the pace,” Everard recalled. “It was a case of staying with them, getting involved with the race and forgetting about the time - just run as quick as you can.
Thumbs Up
“When I crossed the line I looked up towards where my parents were sitting - I was searching for the thumbs up or thumbs down,” he said.
“Thankfully they gave me the thumbs up.”
The occasion of achieving such a feat wasn’t lost on Everard.
“It’s a magical number - the four-minute mile,” he said.
“Even if you’re not into athletics people know that if you can run a mile in less than four minutes then it’s an achievement.
“Considering the county has had so many really good athletes over the years, it’s a big honour to be the first.”