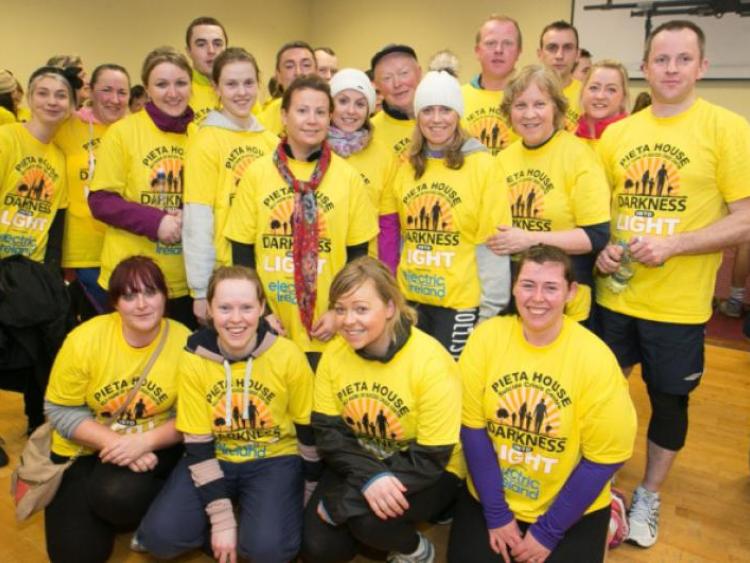 Participants in last year's darkness Into Light in Kilkenny

In 2016, almost 500 people died by suicide in Ireland.
One of the ways to help combat isolation and depression and to share the burden people feel is to take part in the annual Darkness Into Light walk/run around Kilkenny city.
Wake up and support Pieta House to raise vital funds for suicide prevention, suicide bereavement and self-harm by taking part in the walk on Saturday, May 12.
Pieta House are encouraging people to wake up and walk from Darkness Into Light at 4.15am on that Saturday.
Darkness Into Light (DIL) has become much more than a fundraiser; it is a movement which touches the hearts and minds of people. DIL is an event that changes the perception of suicide, self-harm and mental health.
The walk brings families of bereaved by suicide together and also lets anyone at risk of suicide know there is support.
Despite such a sombre cause the event itself is hopeful, uplifting and inspiring.
Last year over 5,000 participants in Kilkenny joined together to share the message of hope on the journey which starts and finishes at James Stephens Army Barracks.
This year’s 5 kilometre route incorporates the new, St Francis Bridge. Go on line to find out more on www.darknessintolight.ie