Return of Ulysses to stun audiences 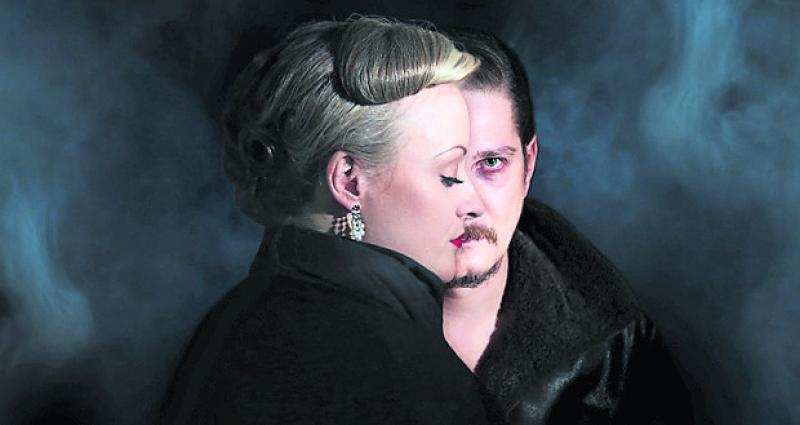 In the first ever staging in Ireland of one of the greatest baroque operas, Monteverdi’s magnificent music finds a perfect creative match in the human drama of Homer’s Odyssey.
Return of Ulysses will form one of the highlights for this year’s Kilkenny Arts Festival.
Ten years after the fall of Troy, the hero Ulysses has still not found his way home as the gods quarrel over his fate. In Ithaca, his wife Penelope has waited faithfully, hoping against hope that he may still be alive. Meanwhile the suitors are circling.
The groundbreaking company Opera Collective Ireland joins forces with Kilkenny Arts Festival to showcase Ireland’s finest operatic talent of the younger generation in a new production by Tony Award-winning director Patrick Mason.
Christian Curnyn returns to the Festival following superb performances of Idomeneo and Giulio Cesare to conduct one of the world’s most acclaimed early music ensembles, the Akademie für Alte Musik Berlin.
The heart-stopping tale of true love in the face of adversity is performed in a vivid new English translation by Christopher Cowell.
Don’t miss this unique opportunity to experience a glorious operatic marriage of Homer’s epic and renaissance Venice. It will be staged in the Watergate on Thursday, August 9 at7pm; on Friday, August 10 at 7pm and on Sunday, August 12, 3pm.
BRAHMS IN THE AFTERNOON
Following the sell-out success of the Festival's Bach, Mozart and Schubert seasons, this year our ten-day series Brahms in the Afternoon offers you the chance to experience some of the great Romantic composer’s enchanting chamber music in the magical intimacy of St John’s Priory.
Brahms wrote much of his greatest music for chamber groups.
Over the course of the Festival, discover masterpieces like his piano trios and quartets, string quartets and quintets, viola and cello sonatas, piano solos and duos.
Luchtime concerts
Keep lunchtime on Tuesday, August 14 free for a concert at St John’s. Two rising international stars of the piano, Pavel Kolesnikov & Samson Tsoy.
They have played together for the last decade and will perform some of Brahms' most bewitching solos and duets for four hands in an acousticly heaven-like venue.
The incredibly talented duo will perform popular Valses and Waltzes, a tribute to his adopted city of Vienna.
These contain some of the composer’s best-known melodies, while the Variations on a Theme of Handel is a masterpiece that stands shoulder to shoulder with Bach’s Goldberg Variations.