Jesters are entertaining for 20 years in the Watergate, Kilkenny

Youth group which spawned many stars of the stage 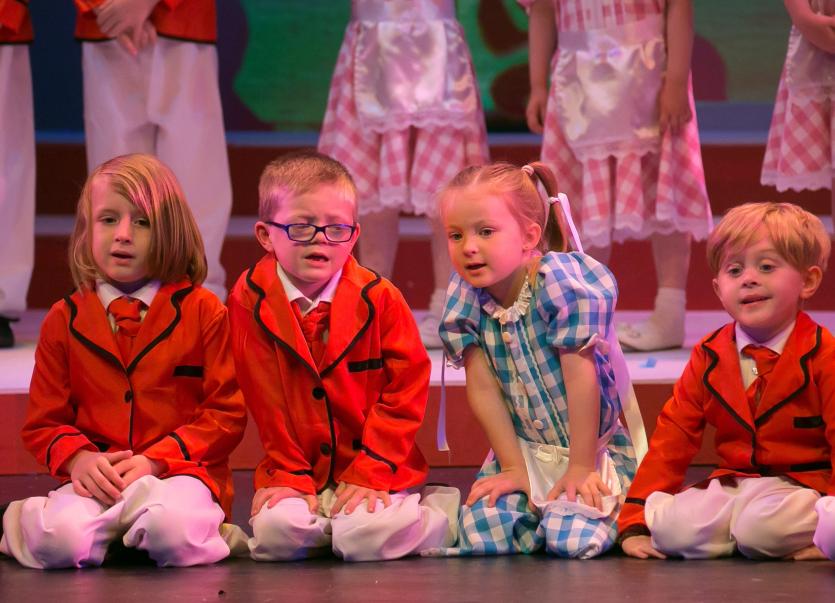 Founded in 1998, Jesters Stage Academy has grown in strength and prowess to establish itself as a highly reputable and much sought after service for children and parents in Kilkenny city and surrounds.
Coordinators are Olivia Smith and Niamh Dowling while tutors include Marie Cashin, Laura McCarthy, Kevin Reade and Don O’Connor with Seamus Reade as Facility Supervisor and Stage Manager for the shows.
Jesters was born out of a desire to encourage the arts, specifically performance, amongst young people.
The benefits from being actively involved in such activities for young people are well documented - development of social skills, personal skills, life skills, and of course, stage skills. And most importantly, it’s fun!
In their 20 years, thousands of children have tread the boards with Jesters. They have so many wonderful memories of outstanding performances and huge talents.
Today, Jesters is as strong as ever, offering weekly classes to children from 4 to 18 years of age.
The drama module, Get into the Act, allows students to explore scripts, characters, improvisation and stage craft.
High Notes and Dance Shoes delves into musical genres with stylised choreographed routines and performance skills in singing and dancing.
The Combined course gives the younger performers a chance to find their feet and their voice with a little of everything.
Performance is the aim and fun is the key. There are no auditions, Jesters is open to all.
You don’t have to be a fabulous dancer, actor or singer – You just need you to enjoy dancing, acting and singing.
Jesters ethos - it is not about being the best, but being the best you can be. We have highly experienced tutors and our programs are designed to be child centred and experiential.
Each year in June Jesters stages an end of year school production - a huge undertaking but definitely the highlight of the year for all our students and parents and it closed on Saturday night after a great week in the Watergate.
It was a variety packed show with a very broad range in styles and content.
Something for everyone to enjoy. This year to mark the 20th anniversary, they were joined by many past pupils. Many former students are pursuing professional careers in the industry, TV, musical theatre, teaching, many are actively involved in the amateur sphere, some are tutoring with Jestersl and many have children now joining.
Through the years many Jesters have been cast in external productions with Watergate Productions, Kilkenny Musical Society and have performed on various RTE programmes, as well as guesting at local charity and concert events.
Jesters has had a long association with the Watergate Panto.
Snow White and the Seven Dwarves in 2018 marked its 15th Panto production. One of Jesters' proudest moment was when JJ Doheny was cast as one of three Chip’s nationwide to perform in the West End Touring Production of Beauty and The Beast in the Point Depot.
Losing JJ so suddenly had a profound effect on the school and since 2004, Jesters have awarded JJ Doheny Memorial trophies in his memory to keep his spirit with us.
Jesters thanked all who worked with them, particularly resident Musical Arranger Ollie Hennessy who has been there since the beginning.
“We most especially thank all of our students, past and present, for giving so much of yourselves to Jesters,” Seamus Reade, a founder of Jesters said.
“ It has been said that Jesters is like a family, so many treasured memories and so many memories yet to create.
“Thank you for smiling each week, for making us laugh, for your talents and gifts, for doing your best, for making us proud and being a success,” he added.