The wait is nearly over… 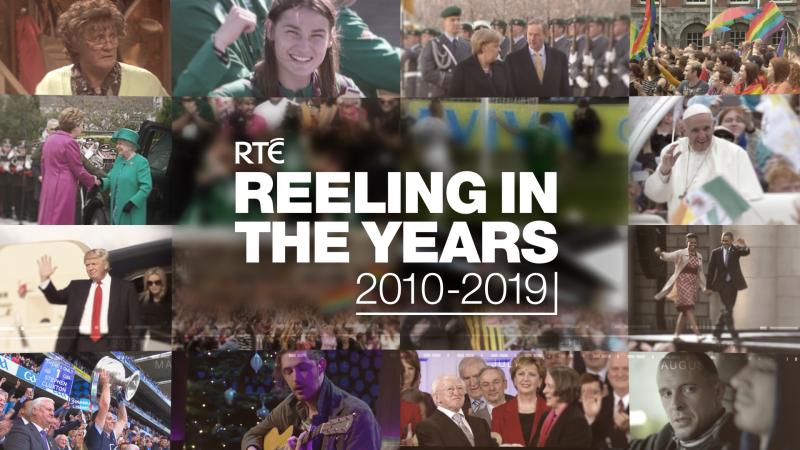 RTÉ has announced that the new series of Reeling in the Years will air on Sundays from April 11 on RTÉ One and RTÉ Player.

From Katie Taylor to Kodaline, from Mrs Brown’s Boys to the marriage referendum, from ‘Fake News’ to Fidget Spinners, Reeling in the Years showcases the stories and the soundtrack of Ireland over the last decade.

Each half-hour programme features a specific year between 2010 and 2019, combining contemporary chart hits with some of the most memorable moments in news, current affairs, sport and entertainment.

This is the sixth series of Reeling in the Years, with the years from 1962 to 2009 covered to date.

Reeling in the Years is consistently one of RTE’s best-loved shows, with its repeats regularly performing strongly in the ratings. The IFTA- nominated show has also been voted the ‘most popular home-produced TV show ever’ in an RTÉ Guide poll of Ireland’s Top 100 TV shows.

"The end of a decade is a natural time to look back. We made the Nineties series in 2000, the Noughties series in 2010, and now we’re adding another 10 years to the collection," said producer John O’Regan.

"We’re pleased to offer viewers this latest selection of music and moments from RTÉ’s archives, starting Sunday 11 April on RTÉ One."

Reeling in the Years will air on Sundays from April 11 at 8.30pm on RTÉ One.

The date is set for a new decade of Reeling in the Years. Series featuring 2010 to 2019 to air on @RTEOne and @RTEplayer from Sunday 11 April at 8.30pm! #reelingintheyears pic.twitter.com/ydmFbXiKVv