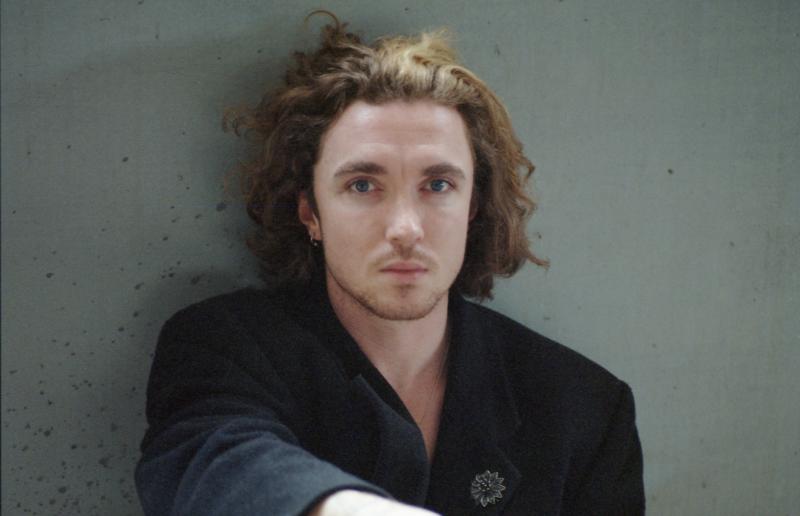 The Set Theatre's courtyard stage will host two very special live shows from David Keenan and his new band this Thursday, with tickets still available for the early performance.

If you write David Keenan’s story down and read it back to yourself it feels almost too good to be true. The Irish kid from a council estate in Dundalk, County Louth; who found an old Hofner guitar in his uncle’s cupboard. Who ran away as a teenager to busk on the streets of Liverpool in search of his songwriting hero, The La’s lost mystic Lee Mavers. Who got discovered when a taxi driver filmed him singing a song he wrote when he was only 15 on the back seat. Who, even after the international success of last year’s stunning debut “A Beginner’s Guide To Bravery” still managed to move to Paris as artist in residence and get a book of poetry published. It would make a great film.

Keenan offers a chuckle and shakes his head if you mention the Hollywood nature of his backstory.

“I was so hungry to escape though,” he admits.

“I was looking for dreams, I was looking for romanticism, looking for a way out. There is a romantic thread to it, it is kind of hard to deny that when I look at it, but it’s difficult to speak about yourself like that. I’m just trying to be as honest with myself as I can.”

On his forthcoming new album, entitled “WHAT THEN?” Keenan certainly manages that. It’s an album that turns the poet’s eye that he’d previously focused on the characters and stories around him in on himself.

Back at the start of 2020, Keenan’s dreams had seemingly come true. He’d travelled the world, released a universally acclaimed debut album and just played an astonishing, three-part sold-out show at Dublin’s Olympia Theatre.

Far from feeling content though, those feet began to itch again. He parted ways with his band and moved to Paris at the invitation of the Irish Arts Centre.

“It’s dangerous to linger, creatively or physically. It was time for something new and to be challenged,” he recalls of the move to France. “I was living the dream with the old typewriter, drinking cheap wine - ha! - but that’s where the seeds of this record were sown.”

Keenan found himself alone in Paris, drunk on the city, but feeling he’d lost himself in the wake of his own success.

“Here I am in Paris, coming down from all that, questioning my lack of identity. And the first port of call for me is to write about it. Write about myself to try to process it. That’s when existentialism creeps in. That’s the “WHAT THEN?” in the album title is.”

Though it’s little over a year since his debut album came out, Keenan’s songwriting has developed at a light-speed pace. These songs aren’t so much linear narratives as they are cubist paintings, each line and each track providing a different facet, a different view point and a different picture of the human condition.

Limited tickets are available for David’s earlier show this Thursday at 6pm from ‘www.set.ie’.