An unmissable weekend of music in St Canice's Cathedral in Kilkenny 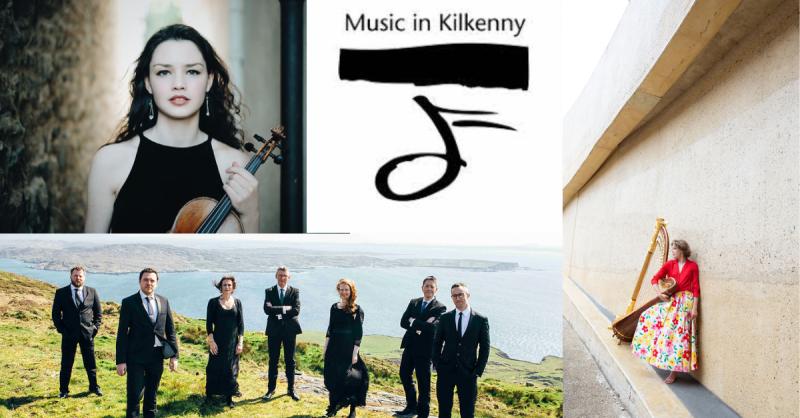 An unmissable weekend of music will take place in St Canice's Cathedral with two incredible concerts.
Mairéad Hickey & Agnès Clément (Harp & Violin) will perform in a programme of French music this Friday at 7pm while on Sunday at 6pm the Resurgam Choir AD SANCTI CANNICI 'Music in honour of St Canice'
Mark Duley, of Resurgam explained that the choir was performing in honour of the cathedral’s patron saint.

"Resurgam is presenting excerpts from the plainsong office for  St Canice, a collection of beautiful plainchant found in a large fifteenth-century volume held in Trinity  College Dublin. Although it is not known if this music was actually sung in Kilkenny at the time, it is not too fanciful to assume that Resurgam will be bringing back to the cathedral music that would have been heard there over 600 years ago," he said.
"The programme will not be all chant! The plainsong antiphons and hymns are interspersed with later music ranging from sonorous five-voice motets to virtuosic solo vocal pieces. These have been chosen from the early to mid-baroque, featuring the composers Schein, Schütz, Monterverdi and Bach.  The poetically-inspired figurative language of these works forms a rich foil to the monody of the chant. The programme concludes with JS Bach’s famous motet Jesu meine Freude," he added.
The ensemble will consist of five voices (singing one to a part in the polyphonic pieces), with instrumental accompaniment in the colourful form of chamber organ and harp. These seven musicians will be deployed in a variety of groupings throughout the programme, bringing a variety of colour and texture to the plainsong as well as the later pieces.