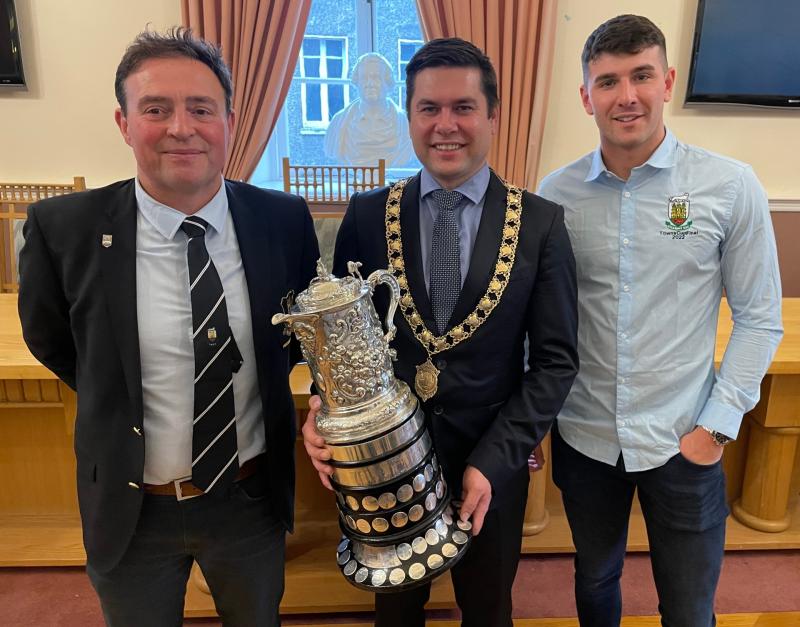 The victorious Kilkenny rugby team who took home the Provincial Towns Cup in April were acknowledged by Mayor Andrew McGuinness with a reception in City Hall on Tuesday night.

The full team were in attendance along with members of the women's team, who also took home silverware this year.

“I want to commend Kilkenny Rugby Club for not only such a successful year but for providing a sport and social outlet for generations of Kilkennys young people," said Mayor McGuinness. 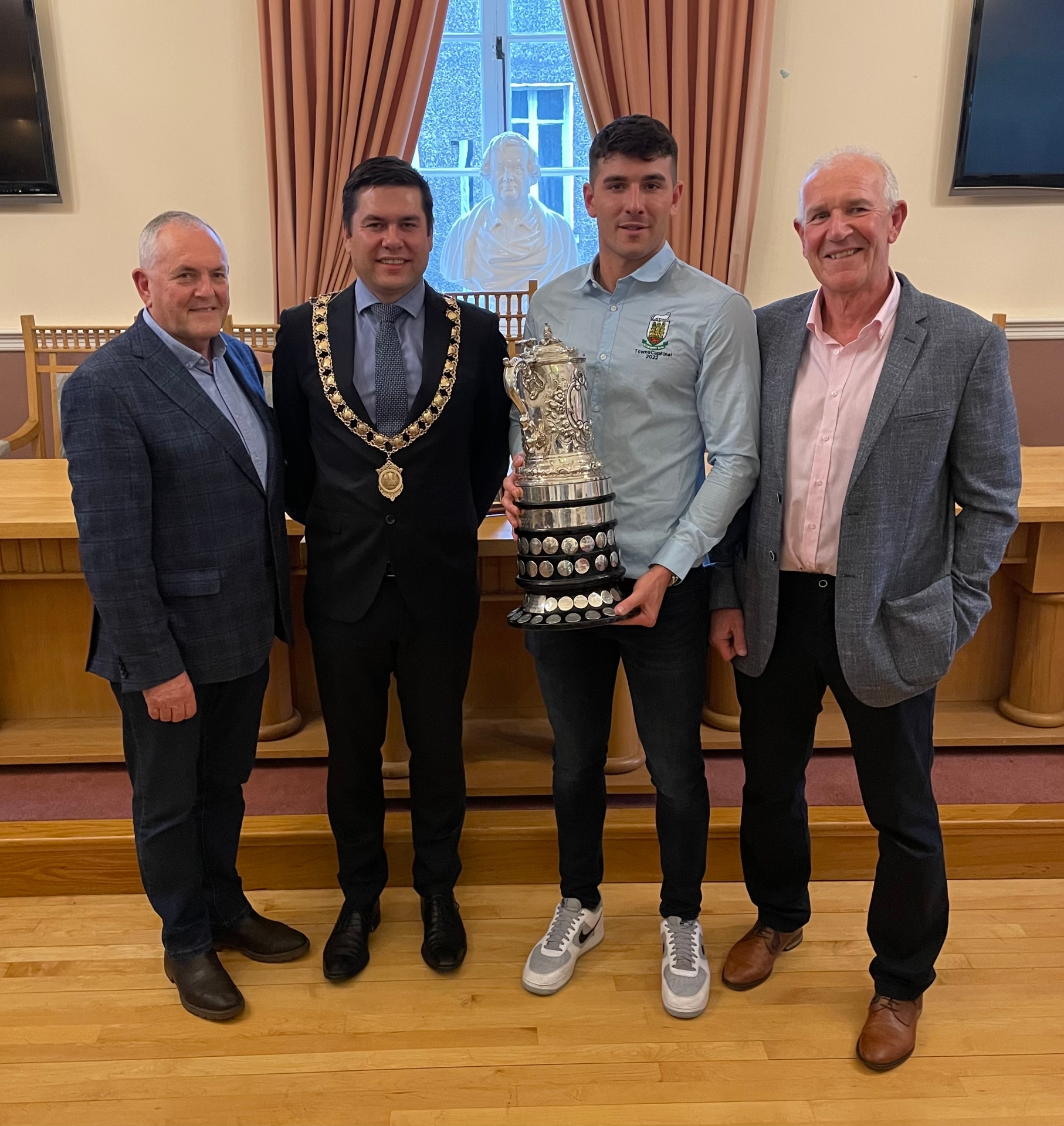 “There is a strong history of rugby in Kilkenny with the first match recorded in 1889, with kilkenny beating Carlow, and the first trophy won in 1920, preceding the Provincial Towns Cup which kilkenny has now won six times.

“Captain Jake McDonald, all of the players, coaches and everyone involved in Kilkenny rugby have done themselves, their club, their families and their county proud."

Mayor McGuinness said he was delighted to present them with a Mayor's Award to acknowledge their achievements.

“I also want to commend the female teams who have given Kilkenny Rugby Club it’s most successful year for women and girls rugby to date," he said.

“I want to conclude by thanking your President David Matthews and everyone behind the scenes for all you do for rugby in Kilkenny, but most importantly, our young people." 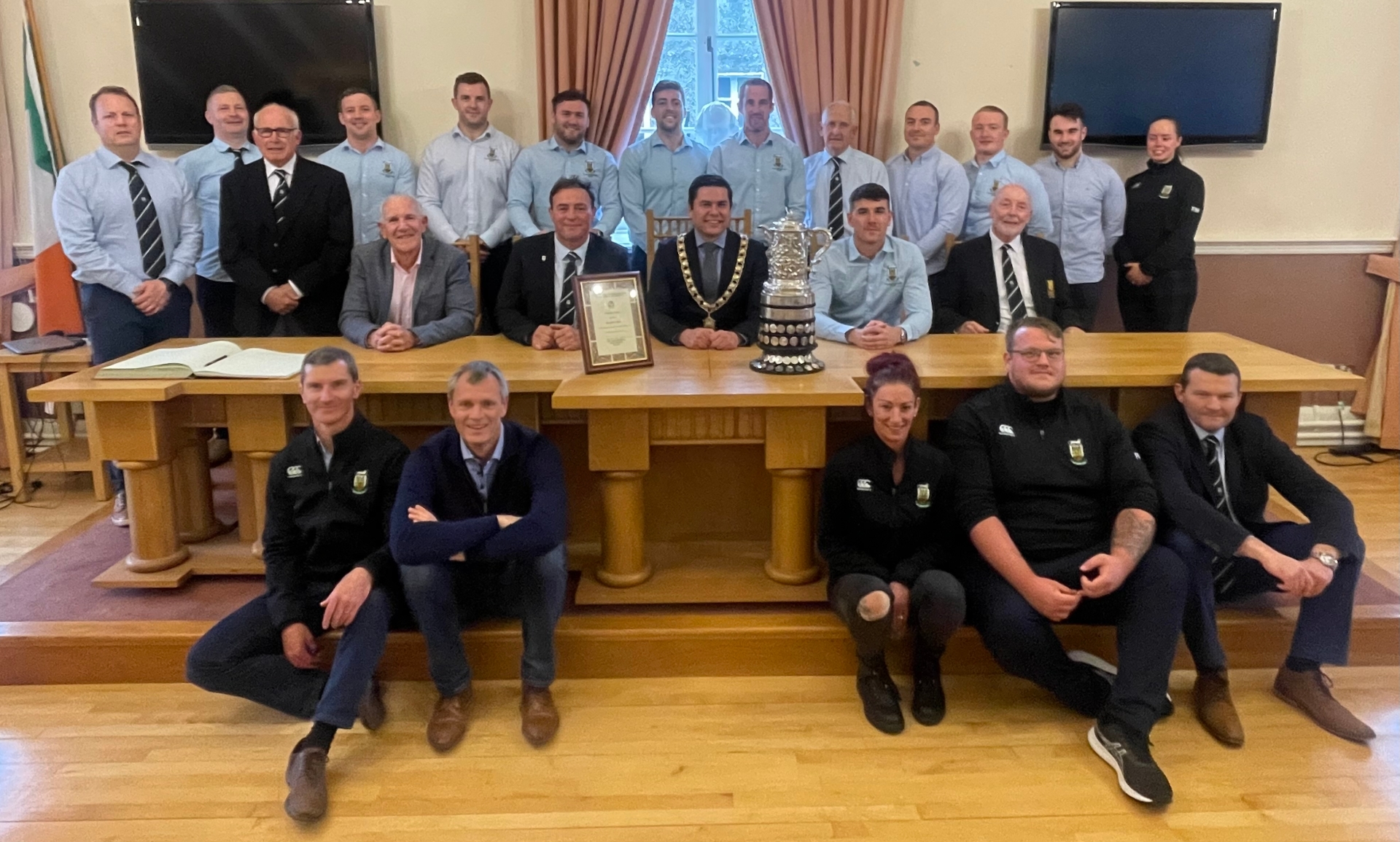