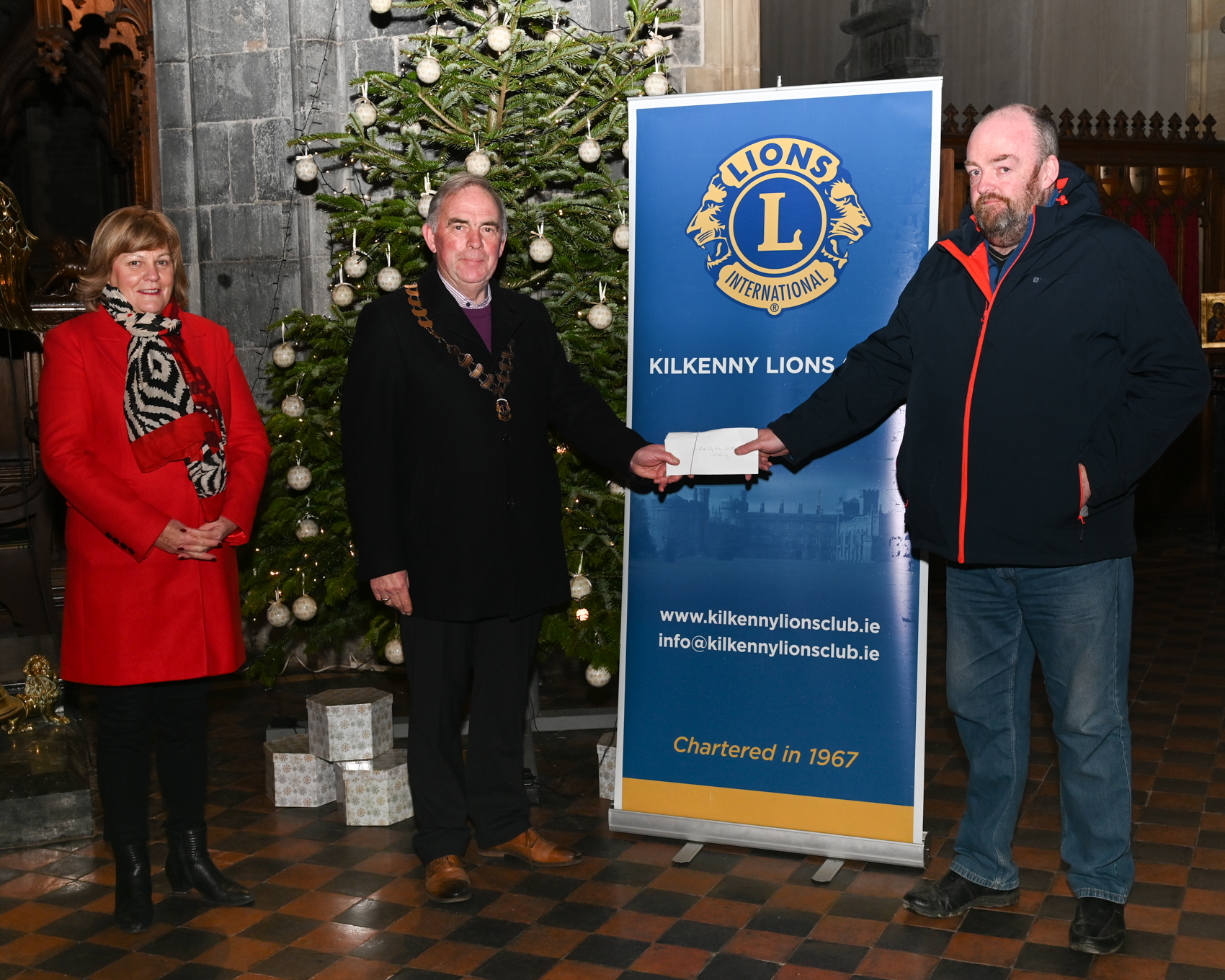 This year’s appeal was a tremendous success and he thanked the Kilkenny People and KCLR for giving so much of their time and resources to supporting the various Lions events.

He praised the depth and spirit of the people of Kilkenny, both business and community, who contributed so generously in these difficult times.

He commended the members of Kilkenny Lions Club for their hard work and commitment over the past year.
He thanked all of this year’s sponsors together with a number of donors who made significant monetary contributions and he hoped they will continue to support Kilkenny Lions into the future.

He also thanked Mayor Andrew McGuinness for donating the proceeds of the Mayors Christmas Appeal. These proceeds will assist the Lions Club in providing organisations such as the St. Vincent de Paul with food vouchers this
Christmas.

It will also benefit local organisations when money is allocated by the Lions in late February. This Christmas will again be extremely difficult for so many in our community and Kilkenny Lions hope that the money raised will go some way to reduce the hardship that many families are facing across Kilkenny City and county.

Eddie Holohan concluded by saying it was truly a great team effort and wished everybody a Happy Christmas and New Year.