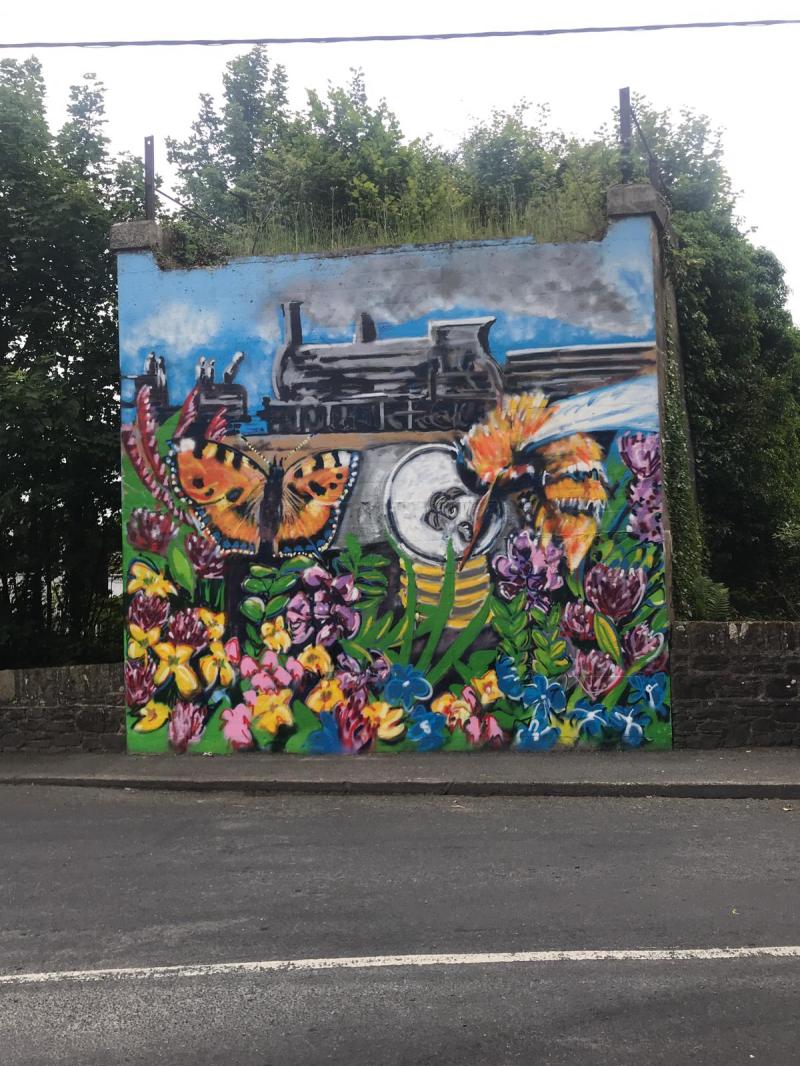 A mural on the old rail bridge wall in Castlecomer

There is no part of a town that can’t be made better with public art. In Castlecomer two wall murals are proving just that - while also capturing the memories of those who live in the community.

Graham Carew, the ‘Artist in the Shop Window’ in Castlecomer, has been planning to bring a colourful wallscape to the town since last year, but Covid delayed those plans.

In 2020 he received an Artslink bursary to do murals in Castlecomer. He has also enjoyed the support of Mags Murphy in KLP and Mary Butler in the Arts Office.

Graham was finally able to start work this year. Currently you can enjoy two of his murals in the town and while both include some of his familiar floral images they have different inspirations.

On Mill Lane the gable end of a house has been drenched in blue, with big, pink cherry blossoms and overlaid with the painted words of the lyrical tribute to Castlecomer - Down by the Silvery Deen. 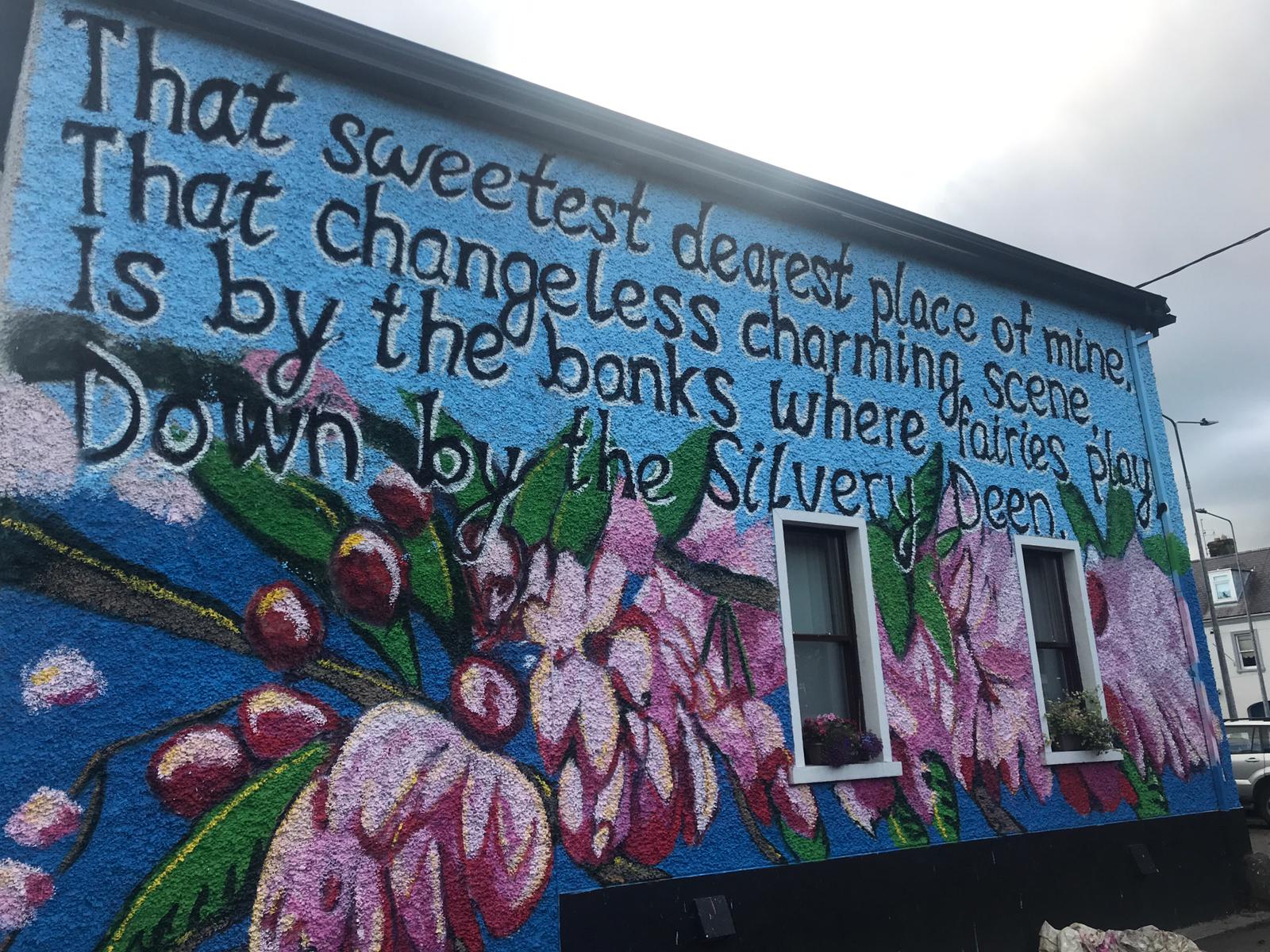 Above: The mural on Mill Lane

Graham used to be co-director of the Wall Poems project in Charlotte, North Carolina, where artists created murals incorporating lines of poetry. It went down well there so he used the project to inspire his first mural in Castlecomer. When working on this mural, and trying to choose some Irish poetry, it was the words of the Silvery Deen that kept popping up. In a very local twist, it turns out the writer of the song was connected to the Fogarty family, who had a shop where Graham now has his studio.
The wall was ‘donated’ by Michael Brooke and his son Chris.

The second mural can be seen along the Ballinakill Road. Maurice Shortall and the local Tidy Towns group asked Graham to create a mural that would tie in with their biodiversity project. It started out as a wild garden scene, with butterflies and bees, but as he worked locals would pass and remember stories of when the train would pass that way. Graham took those memories and incorporated them into the mural.

Local tales like that are part of the bonus of living and working in Castlecomer, Graham said. “You meet all sorts of people. There’s a lot of history out here and people like to tell you a bits of stories.” They help in practical ways too - borrowing a ladder, donating paint, and even making sure there are enough traffic bollards around Graham’s mural work area to make sure passing traffic doesn’t come too close!

That local connection is at the heart of the work. “It’s important,” Graham said. He could have painted something ‘vacant’ and pretty, but he’s incorporated more with memories and stories.
Graham added: “On one level they are pretty, which is nice. They were just dank, grey walls and it’s nice to put a splash of colour on them. On another level it’s nice there’s a few layers in it that local people can connect with.”

Kilkenny teacher to run marathon in memory of Castlecomer principal