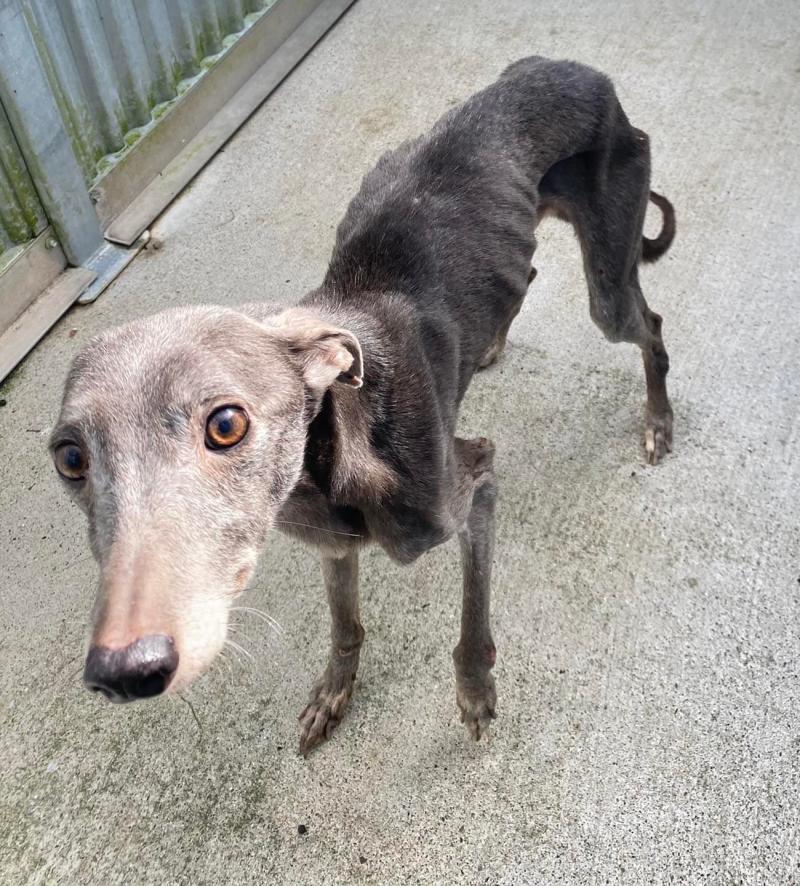 A horribly neglected whippet dog can now look forward to a much brighter future after being taken into the care of Carlow/Kilkenny Dog Shelter.

The mistreated animal was found in Carlow before being taken to the local shelter who described him as 'probably one of the most malnourished dogs to come into us'.

The animal was very emaciated, only weighing 9kg.

He also had both old and new wounds and was infested with fleas, evidence of being 'neglected for some time'.

He was immediately sent to get emergency veterinary care and has responded well.

Fortunately, 'his future is a bright one', the shelter said.

"When he is ready to leave the vets he will be going to a foster home where he will receive all the care he needs."