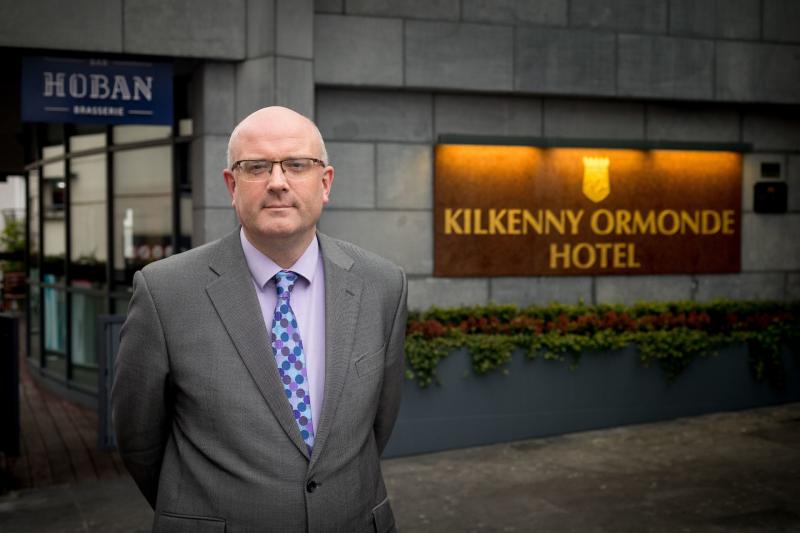 Many of the revised hospitality sector guidelines set to come into effect from this Friday have been branded as ‘simply unworkable’ by a prominent local hotel manager.

Manager of the Ormonde Hotel Colin Ahern, who is also Kilkenny Chamber of Commerce President, shared his concerns with the Kilkenny People following the announcement of revised guidelines.

Under the guidelines indoor hospitality venue capacity is still set to increase as originally planned, but only table service can now be provided.

“Being able to offer only table service when at full capacity will end up in a total mess and such a policy lacks any sense of foresight,” Mr Ahern said.

“The common sense approach here would’ve been to allow people with valid and up-to-date vaccine certificates to enter the premises and to socialise in a normal manner and to use antigen testing to support that process.”

The Chamber President fears that the new amendments may lead to some businesses take a hit.

Mr Ahern is calling on representative bodies including the Vintners' Federation of Ireland, the Irish Hotels Federation Vintners and the Restaurants Association of Ireland to put pressure on the Government to implement more enforceable and practical policies.

He is also calling for further clarity on a number of the measures announced.

“The Government have stated that normal trading times will resume but we still don’t know if special exemptions will be there or if businesses will be allowed to serve residents’ bars,” he said.

“At the end of the day, we need rules that are workable. We’re coming into a busy period now where people will want to socialise, book functions and go out ahead of Christmas.

“There’s a lot of questions left unanswered that I hope will be addressed in the coming days.”