Time has been stopped in its tracks and an important part of Callan’s built heritage has been given a new lease of life.

Wrought iron railings and stone walls surrounding St Mary’s Church, in the centre of the town, were in dire need of restoration for more than 30 years when funding was allocated to the project, last year. Now, 12 months on, the landmark heritage site not only looks better, but can be enjoyed by future generations. 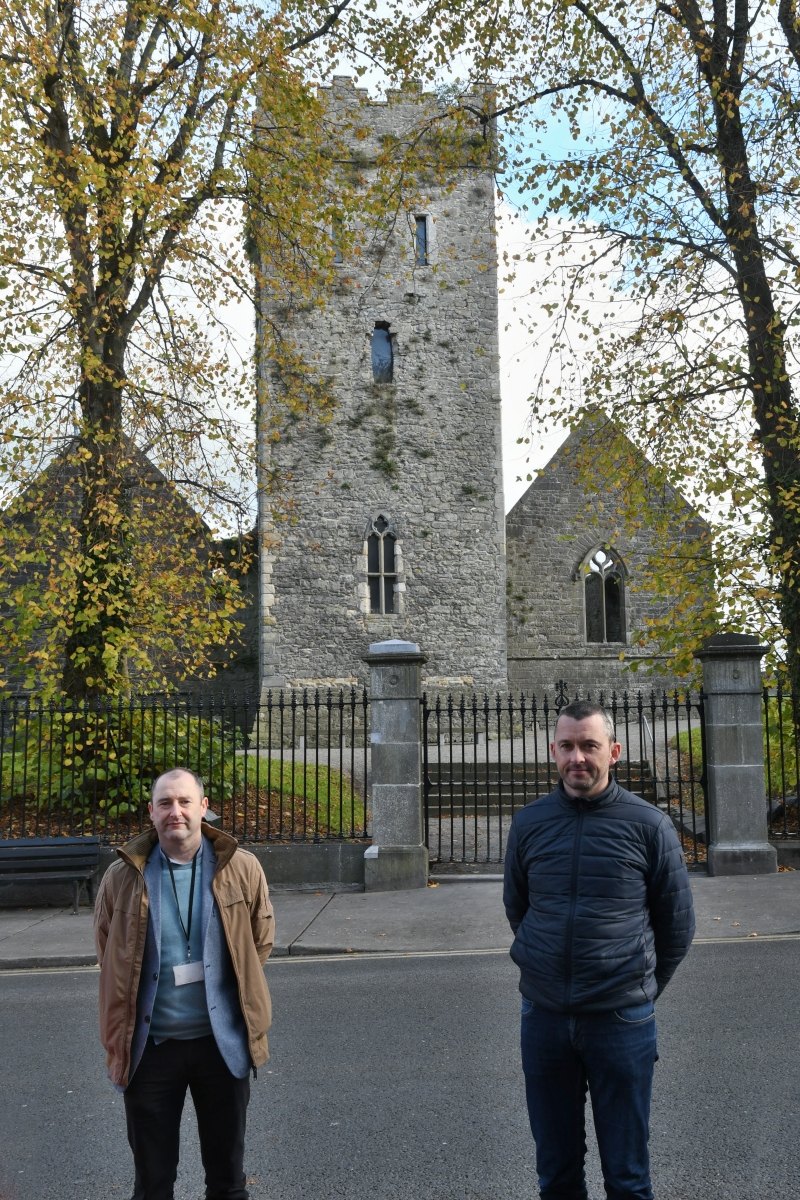 BELOW: The entrance gate as work began, a year ago 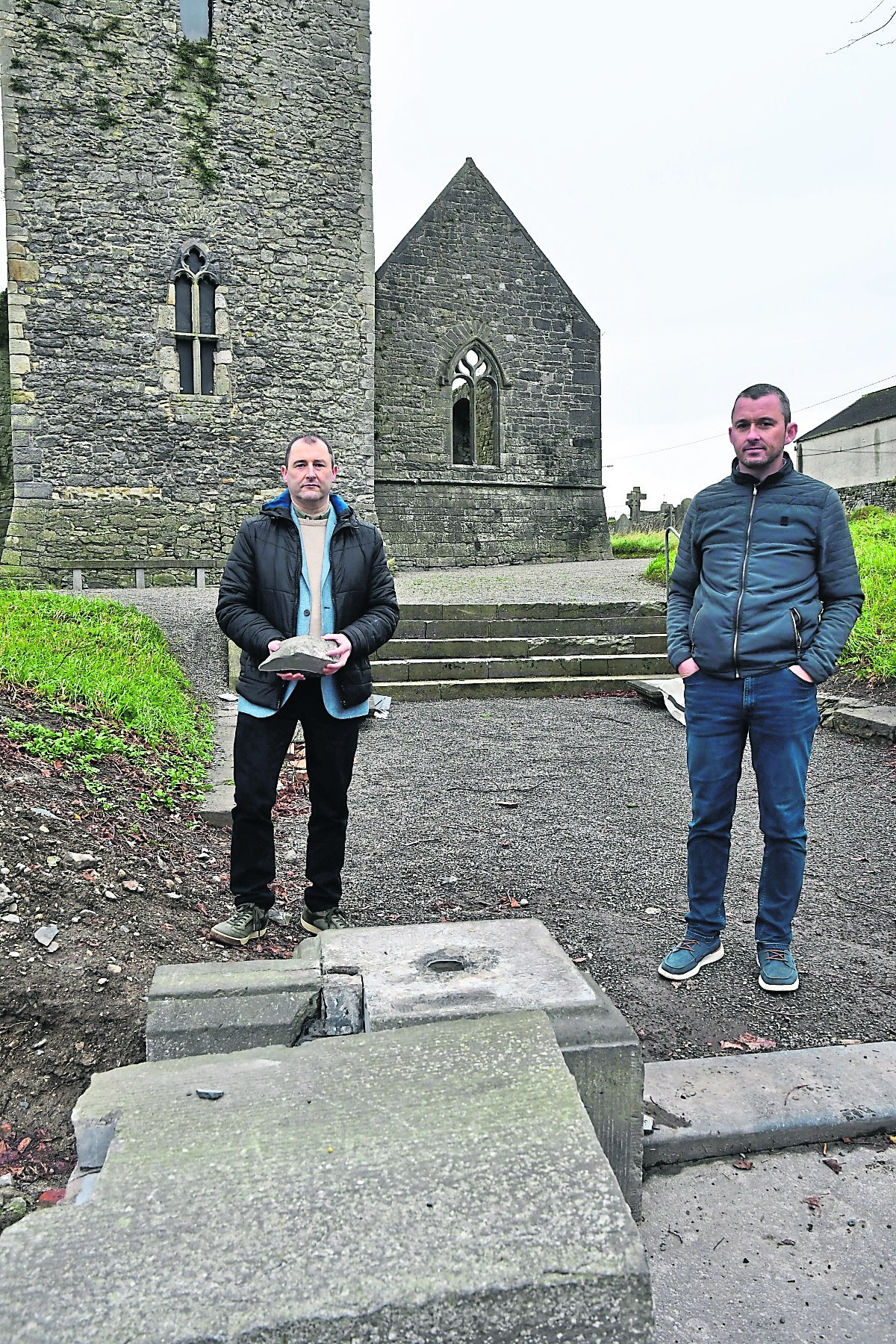 It is thought the railings were not originally made for St Mary’s, but that they were ‘repurposed’ from a big country house in the 19th century - possibly even nearby Westcourt House.

Kilkenny limestone has been used to repair parts of the plinth and piers that had cracked, split and delaminated over the years. A plinth stone used under the railings is also not original to the site, but it’s not known where it might have been repurposed from.

Mr Coady said he hopes this work will spur more activity on the St Mary’s site, following this considerable injection of public money into the town.

The gateway from St Mary’s onto Green Street, has a pair of finely worked, limestone piers and wrought iron double gates with cast-iron finials (points).
These railings of wrought iron are positioned on limestone ‘ashlar chamfered plinth’ - plinth stones that are finely worked and have right-angled edges.

The boundary railings and stones of Saint Mary’s Church were in an advanced state of deterioration and required immediate attention to stop further decay. The renovation project was also an aim of the the Callan Town Plan.

Work was carried out in two phases, on the Green Street side and then the Mill Street side of the site.
Stonemasons, O’Dwyer Masonry in Westmeath, and Tallis and Co. from Freshford, worked on the project. Dublin’s Bushy Park Ironworks repaired the railings, and archaeologist Colm Flynn monitored soil and excavations at the registered monument.