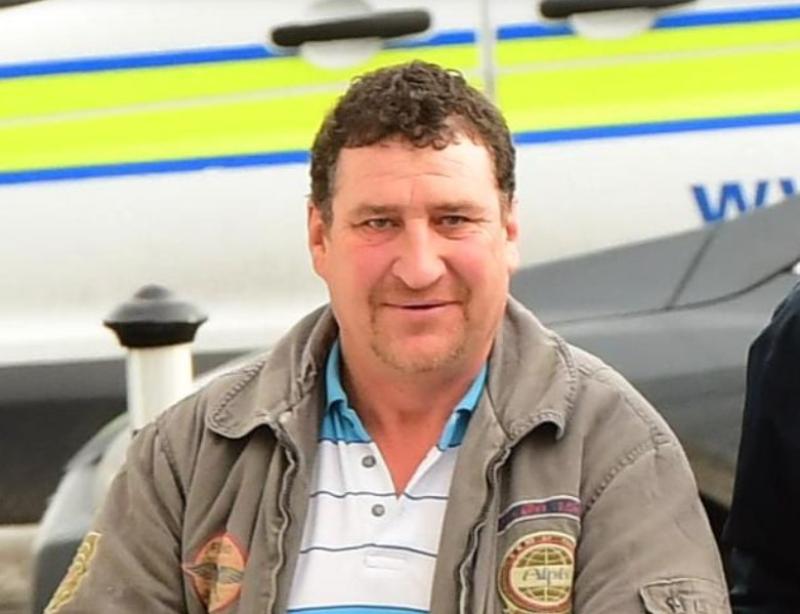 A father and grandfather who is ‘well known’ in Kilkenny was convicted of extortion at Kilkenny District Court.Timmy O’Reilly, 1 St Mary’s Halting Site, Hebron Road, Kilkenny was convicted of the offence which took place at Connolly’s Redmills on the Old Dublin Road on January 30, 2020.
A garda witness gave evidence in the case and also showed CCTV footage of the incident which shows the defendant talking with the manager of the retail store, William Connolly.
Mr Connolly told the court that at 11.30am on the date in question he was working in the store when he was approached by the defendant who asked him to talk and guided him to an area of the store.
“He pointed out that there was no view of the camera, that it was a blind spot,” he said.
Mr Connolly said that the defendant asked for free bags of feed and said that if he was not able to supply them then six or seven lads ‘would come up and do damage’.
“I was worried for my safety and that of my staff,” said Mr Connolly, who added that he feared if he gave him the bags it would become ‘a free for all’.
“He said that they could do a lot of damage and that they could get into the shop from behind. He said that if I gave him the free bags he would have a chat with the lads. I took it as a threat,” he said.
Mr Connolly outlined to the court in his evidence that he had pulled his car in on numerous occasions on his way home from work ‘to see if he was being followed’.
“The first few weeks I was very worried for me, my staff and my family.”
Mr Connolly said that when the initial conversation was coming to a close he told the defendant that he would have a think about it and took down his phone number.
On February 1, 2020 the defendant pulled up in his van with two young children.
“He said ‘have you made your decision?’. I said that I was not able to do it and that if a bag was burst then it needed to be returned to Redmills in Goresbridge or sold at a discounted price.
“He was very unhappy and he said that he would not be able to keep the young lads away.
“A customer came out with a docket and I went down to the back of the warehouse to get a bag. He followed me and I felt very intimidated. I was feeling threatened if I didn’t give him burst bags then young lads would come and do damage.
Security cameras
“When we came back out he said that he was removed from it all and that what was going to happen, was going to happen. I said that I didn’t want any trouble and that there were security cameras.
“He said that the young lads thought that the cameras were a bit of craic, trying to find blind spots.
Solicitor Chris Hogan said that on the first date his client’s son had gone into the store and purchased two bags of feed and said that at the time it was €7.60 per bag.
Mr Connolly told the court that he took up the position of manager in 2019 and that since them members of the O’Reilly family had bought feed at the store and continue to do so.
Mr Hogan put it to Mr Connolly that ‘no damage had been done’ to the premises.
“I would say that is became I went to the gardaí,” he replied.
Mr Connolly said that in was ‘in fear of damage being done and of being followed home’.
“He said he wouldn’t be able to give protection if he didn’t get free feed. If I gave him free feed he would give me protection,” Mr Connolly said.
“You’re mistaken in your interpretation,” Mr Hogan told the court, adding that his client had presumed that the ‘burst bags’ would be thrown away.
“I was threatened by Mr O’Reilly and he said that the shop I worked in, my family business, was going to be damaged,” added Mr Connolly.
Timmy O’Reilly was arrested and questioned in relation to the incidents.
The defendant told gardaí that he had been buying feed from the store since it opened and also stated that he was ‘well known in the community’.
Mr O’Reilly told gardaí that he had told Mr Connolly if he saw any of the lads around he would tell them to go away and that he asked for ‘bursted bags’ of feed for free. Mr Connolly informed him that he had to account for everything.
“I thought that there was no harm in asking for waste bags of feed, I often see them in the bin,” Mr O’Reilly said in his statement to gardaí.
“I thought I was doing him a favour, he may have took it up wrong,” added Mr O’Reilly.
Mr Hogan told the court that his client said he ‘was going up, offering a favour’.

“There was no damage caused and the O’Reillys continue to buy their feed there,” he said and remarked that there were ‘two interpretations of events before the court’.
Inspector Barry Smith, who was prosecuting the case, said that Mr O’Reilly believes that he has an entitlement to go into a business and get free feed so that he would make sure ‘the young lads would not go up and cause damage’.
Judge Geraldine Carthy said she was satisfied from the evidence to convict under section 17 of The Public Order Act. The court heard that the defendant has a number of previous convictions, including convictions for trespass, assault causing harm and for traffic offences, She adjourned sentencing to April 25 to allow time for the preparation of a probation report and added that she was ‘considering a custodial sentence’.