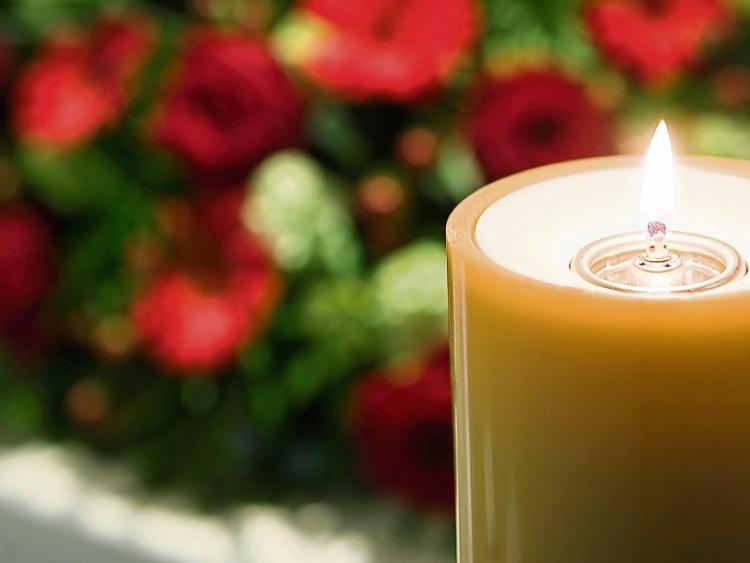 In the loving care of Anna and the staff at Archersrath, Ellen (Nellie), in her 101st year, beloved wife of the late John and grandmother of the late Jackie, much loved mother of Breda, Geraldine, Margo, Jim and Chris, sadly missed by her family, sons-in-law, daughter-in-law, grandchildren, great grandchildren, nephew, extended family and friends.

Reposing in Johnston's Funeral Home from 5 o'clock on Friday with Funeral Prayers at 6.15 o'clock followed by removal to St. John's Church. Requiem Mass on Saturday at 10.30 o'clock. Funeral afterwards to St. Kieran's Cemetery.

Reposing at Phelan’s Funeral Home Durrow from 2.00pm to 5.00pm on Saturday. Funeral Prayers on Sunday morning at 10.15am followed by removal to the Church of the Assumption, Ballyouskill for Requiem Mass at 11.00am. Burial immediately afterwards in adjoining cemetery. House private please.

Beloved sister of Margaret, George, Tom, Liz and Shem. She will be sadly missed by her brothers, sisters, sisters-in-law Peggy, Clare and Josephine, nephews Michael and Damien and his wife Joan, nieces Maria and Laura, grandnieces Rachel and Chloe, relatives and friends.

Reposing at Hehir's Funeral Home from 5.30p.m. on Friday with Funeral Prayers at 6.30p.m. followed by Removal to St. Fiacre's Church. Funeral on Saturday after 11a.m. Requiem Mass to Foulkstown Cemetery. Rosary on Thursday at 9p.m. in Hehir's Funeral Home. No flowers please, donations, if desired, to the Irish Cancer Society.