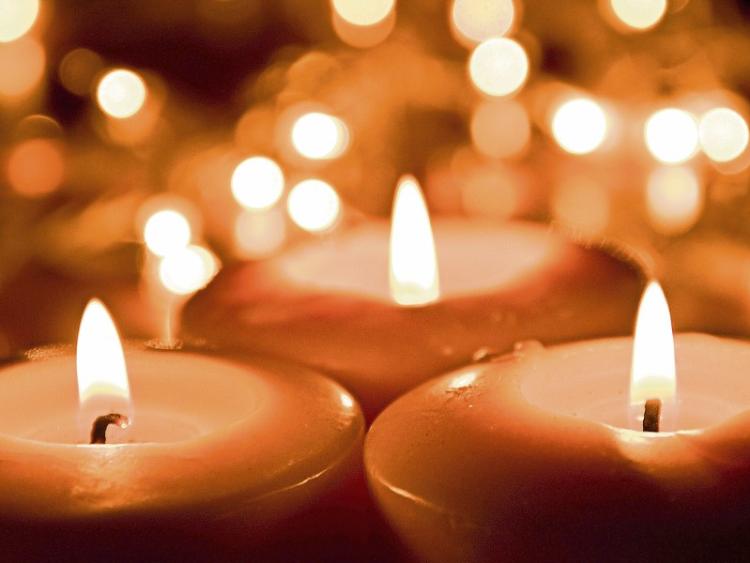 Reposing at his home in Baunta from 2 o'clock to 7 o'clock on Tuesday, 27th December. Removal on Wednesday morning to the Kingdom Hall of Jehovah's Witnesses, Rath Úllard, New Orchard, KIlkenny for Funeral Service at 11 o'clock. Funeral afterwrads to Mount Jerome Crematorium, Dublin.

Pre-deceased by her parents David and Ellen Gibbons, brothers Jim, Haul, David and her sister Loly. Deeply regretted by the Sisters of the St. John of God Community, her brother Noel and sisters Maeve, Geraldine, Helen, Rose and Claire, extended family and her many friends. Reposing in St. John of God Convent, Kilkenny from 6 o'clock on Tuesday evening with Rosary and Vigil Prayers at 7 o'clock. Requiem Mass on Wednesday morning at 11 o'clock in St. Patrick's Church, Kilkenny. Funeral afterwards to Foulkstown Cemetery.

Peacefully at The Beacon Hospital, Dublin. Dearly missed by her sister Ann (Dockery), her nieces and nephews, grandnieces and grandnephews, relatives and friends in Ireland, England, Scotland, Australia, Canada and Sweden. Reposing from 6pm to 8pm at Hehirs Funeral Home, Butt’s Green, Kilkenny with Rosary at 7.15pm on Tuesday 27 December.

The death has occurred of Jack Ryan, New Aglish, Carrigeen, Kilkenny / Waterford and late of Clovermeats and Countrystyle, who died yesterday, Sunday. Removal from Thompson's Funeral Home, Barrack Street, tomorrow, Tuesday, at 6pm to the Church of the Assumption, Mooncoin. Requiem Mass on Wednesday at 11am, followed by burial in the New Cemetery, Mooncoin.

The death has occurred of Sr. Noírín De Buitleir, Convent of Mercy, Callan, Co. Kilkenny and late of Cahir, Co. Tipperary, December 24th 2016 in the loving care of Sarah and her staff at Strathmore Lodge Nursing Home, Callan.

Predeceased by her brothers James, John, Thomas and her sister Brigid.

Deeply regretted by her sister Eileen (Brennan), her sister-in-law Peg, nephews, nieces, cousins, Mercy Community and her many friends.