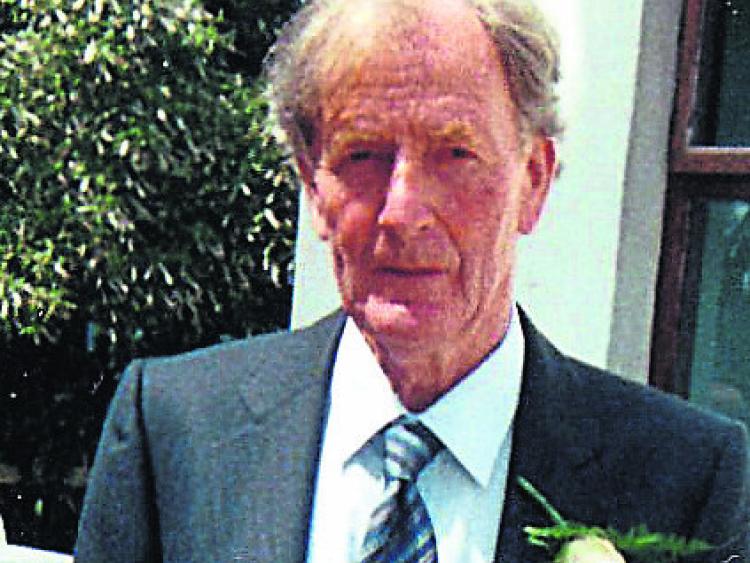 Mr. Philip Dungan of Ballinakill, Mullinavat, passed away recently after a short illness.
He was son of parents, the late Patrick and Bridget Dungan, of Ballinakill and they were associated with the district and its people for decades.
He farmed with his brother Patrick and at his grandparents homestead in Mullinakill, Tullogher.
Philip loved farming under the shadow of Tory hill and also very near Saint Moling’s well.
He was a keen observer of life, farming, politics, sport and the community that he was very much part of.
Born in 1935, he was a former cumann secretary of the Mullinavat Fianna Fáil and up to his passing one of the Cumann’s life president, he carried out visitations with the Legion of Mary and up to his illness was a regular mass goer.
In the company of his brother Pat and his sister in law Mary, he lived all his life in their company and that of his cherished nephews and nieces, all of whom will miss him greatly,
In recent years he took a keen interest in vintage machinery and was an esteemed member of the local vintage club and loved attending all of the shows and events around the district.
He was an esteemed member of the farming community and took time out to chat and discuss agri matters be it in Mullinavat, Tullogher, the livestock marts or at the GAA games that he attended.
Philip Dungan’s funeral and burial was attended by all his many acquaintances as well as his family, friends, neighbours from the area that he was much associated with.
Fr. Liam Barrron P.P. Mullinavat, performed the celebrations of the Mass, with readings and gifts being read and presented by nephews and nieces, and family members, Patrick and John Paul Dungan, Bridget Holland, Patrick(Jun) Dungan, Olivia Dungan, Killian Dungan, and Anna Dungan.
There was a representative gathering on both days, drawn from farming, sporting, business and political life. South Kilkenny comhairle Ceantair Fianna Fáil provided a guard of honour as his coffin was taken to St Beacons church.
Local and national representives were in attendance.
Philip is survived by his only sibling, Patrick(Pat) Dungan, Ballinakill his sister in law Mary, his three nieces Bridget, Anna, Trish, three nephews Patrick, Philip, and John Paul.
Philip was very much part of that family and is very sadly missed by them all, but they have many fond memories of him, which they will treasure for many years to come.
His beloved dog 'Rover' his David Brown tractor and machinery, his books, newspaper cuttings, his uncles and aunts old volunteer medals and Cuman na mBan, that of the McGrath family who were involved in the struggle for Independence and the aftermath of it.
All treasures and a great reminder that a very good living, kind and country gentleman has left after a short illness borne with great courage and his Catholic faith were part of his great hallmarks.
Ar dheis de ar a anam Dilís.