'Full of fun, and made everyone he met smile' - heartfelt tributes to Kilkenny student Harry Byrne 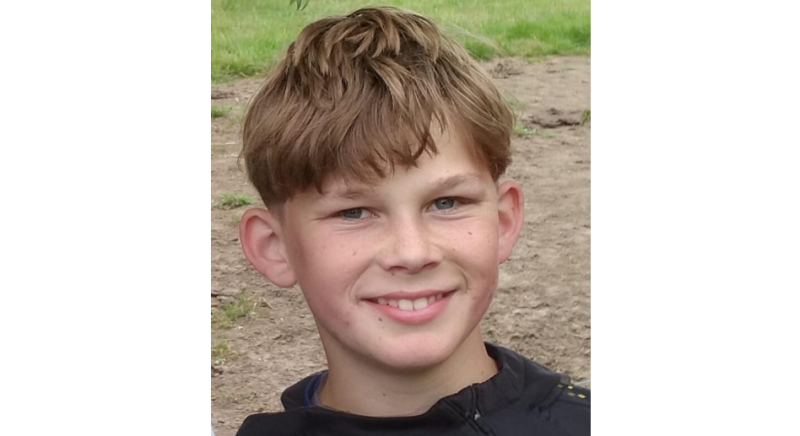 Heartfelt tributes have been paid from right across the county and further afield to the young Kilkenny man who died tragically yesterday.

Harry Byrne passed away on Tuesday morning, surrounded by his family in St Luke's General Hospital, Kilkenny. He was a second year student in St Kieran's College, and attended primary school in Gowran. He would have been 14 in January. 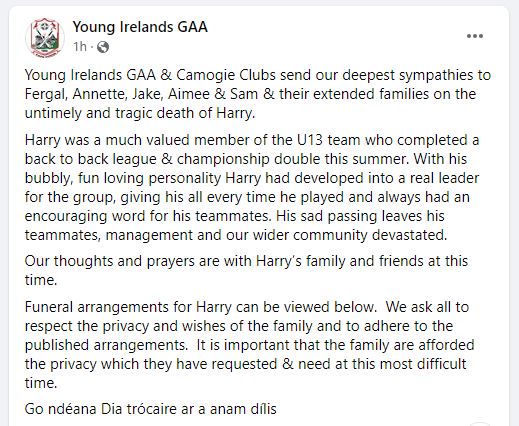 For anyone who knew Harry Byrne, so full of life, it is impossible to express the sense of loss his family and friends feel. It's simply indescribable. Harry was a 13-year-old boy, full of fun, and made everyone he met smile. He was a happy boy - a boy who loved his family, adored his grandparents and was simply a very special boy with a special place in everyone's heart.

He lived a wonderful live in Gowran, loved the area and its people, packing so much life into his thirteen years there and everybody knew him. He was always first in the water, first up the hill, first on the road, first on the field. And he enjoyed every moment of the fun and games he had with his siblings and friends. 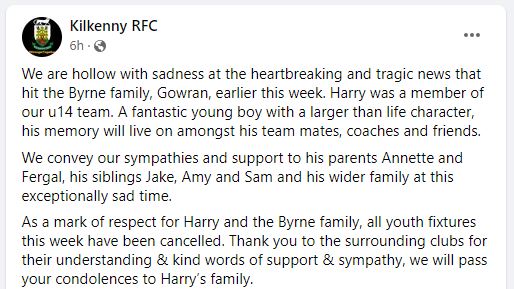 He hurled for Gowran, played rugby with Kilkenny, kicked soccer with Bridge United, ran with the athletics club, and swam in the Watershed. He did it all because he loved it.

It would come as no surprise to anyone that Harry, in the last couple of years, focused on hurling and got even better at the game. He enjoyed underage success with Young Irelands, and  he was all set  to join the county development squad  next year. 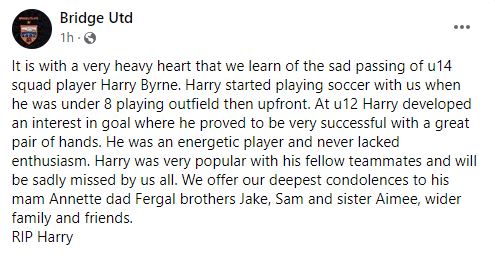 Harry is the son of proud parents Fergal and Annette Byrne. Fergal and Anette built their family home just outside Gowran. Harry lived next door to his grandmother, Theresa Byrne. Annette is originally from Castlewarren, Clara, the daughter of Mary and Martin Nolan. His grandparents Mary, Martin and Theresa were very special to Harry, as were his aunts, uncles and cousins.

Reposing at his home on Thursday evening from 4pm until 7.30pm. Removal to the Church of the Assumption, Gowran, on Friday morning, arriving for Requiem Mass at 12 noon followed by burial in the adjoining cemetery.