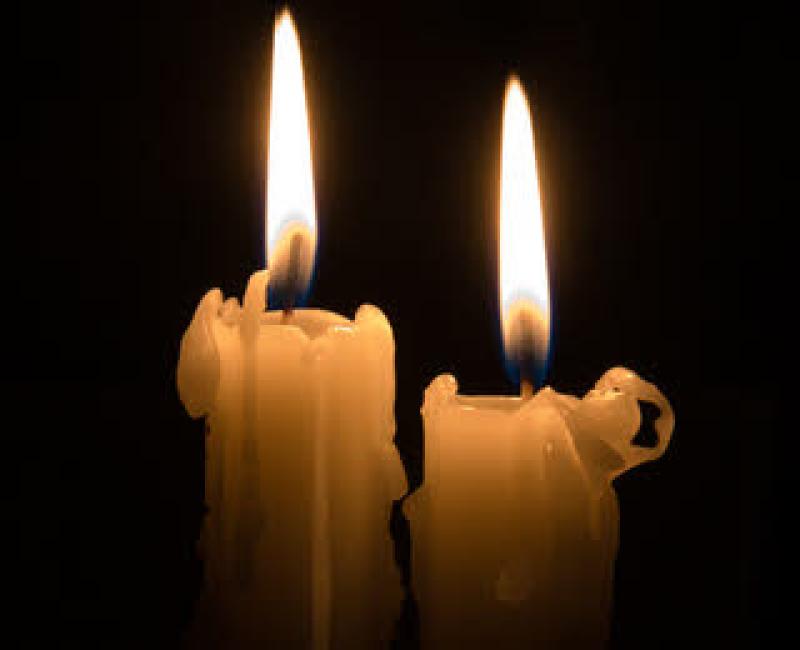 May they rest in peace

The death has occurred of Patricia (Pat) Hickey (née Savage), (Perth, Western Australia and formerly of Glendine Heights, Kilkenny). December 6 (peacefully) at home surrounded by her loving family. Predeceased by her husband Tim. Deeply regretted by her loving family, sons, daughters, brothers, sister, sons-in-law, daughter-in-law, grandchildren, the Hickey family and her many friends in Kilkenny. Funeral for Patricia will take place on December 14 in Perth.

The death has occurred of Phil Shore, Coon West, Coon, Kilkenny. Peacefully, at St Luke's Hospital, Kilkenny, in his 90th year. Predeceased by his brother Billy, and sister-in-law May. Deeply regretted by his sister, Sheila, his nephews and nieces, Bobby, Anna, Mary, Tom, Sheila, and PJ, and their wives and husbands, his grandnephews and grandnieces, his great-grandnephews and great-grandnieces, his cousins and relatives, and his neighbours and friends. Reposing at Coady's Funeral Home, Castlecomer on Friday evening from 5pm, with prayers at 7pm, and followed by removal to St Brigid's Church, Coon. Requiem Mass at 11am on Saturday morning, followed by burial in the adjoining cemetery.

Reposing at Doyle's Funeral Home, Urlingford on Thursday evening from 5pm until 7pm. Removal on Friday morning to St. Mary's Church, Moyne arriving at 11am for Requiem Mass at 11.30am followed by burial in Templetouhy Cemetery. Messages of condolence can be placed on the page provided below. In keeping with current guidelines no handshaking at the funeral home or Church. The Cleere family would like to take this opportunity to thank everyone from their understanding and support at this difficult time.

Reposing at Molloy’s Funeral Home, Callan on Friday, December 10, from 4pm. Rosary and Vigil Prayers will be recited at 6pm followed by removal to The Carmelite Church, Knocktopher. Requiem Mass on Saturday morning at 11am with burial afterwards in the adjoining cemetery. The Requiem Mass can be viewed live on Ballyhale Parish Facebook Page. With the support and agreement of Agnes’ family, please adhere to government guidelines regarding the wearing of face masks and social distancing in both the funeral home and the church. Thank you for your consideration and co-operation.

The death has occurred of John Phelan, Stonecarthy, Stoneyford, Kilkenny, peacefully on Wednesday, December 8, in the loving care of Geraldine and staff at Strathmore Lodge Nursing Home, Callan. Deeply regretted by his family, brothers, sisters, nieces, nephews, relatives, neighbours and friends. Reposing at Molloy’s Funeral Home, Callan on Thursday, December 9, from 6pm with Rosary and Vigil Prayers at 8pm. Funeral arriving to St Brendan’s Church, Stoneyford on Friday morning for Requiem Mass at 11am. Burial afterwards in the adjoining Churchyard. With the support and agreement of John’s family, please adhere to government guidelines regarding the wearing of face masks and social distancing in both funeral home and church. Thank you for your consideration and co-operation.

The death has occurred of Peter Phelan, late of Bray,  Wicklow and formerly of Kilmacow, Co. Kilkenny and Wicklow Co. Co., died on December 7, peacefully, at home, in the loving care of his wife Celine and children Eimear and Rónan, deeply regretted by his son-in-law Graeme, Rónan’s fiancée Audrey, grandchildren James and Finlay, brothers Joe and Billy, sisters-in-law, brothers-in-law, nieces, nephews, extended family, neighbours and a wide circle of friends.

Reposing at Colliers Funeral Home, Bray on Thursday (9th December) from 6pm-8pm. Funeral Mass on Friday, December 10 at 10am in the Church of the Most Holy Redeemer, Main Street, Bray, followed by burial in Springfield Cemetery. The mass may be viewed on line by clicking here. Family flowers only, please. Donations, if desired, to St incent de Paul.