Christopher Dunne examines bull-baiting (tarbh-ghríosú), a barbaric blood sport that was popular in Kilkenny for centuries 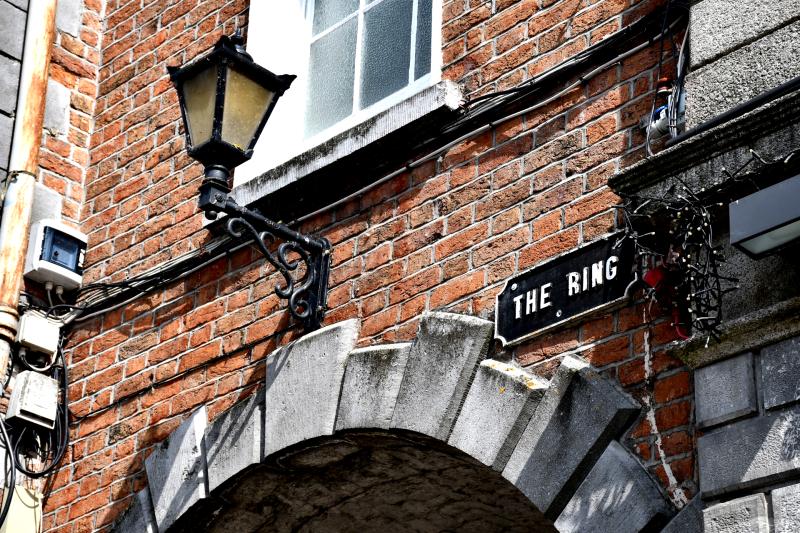 Snarling dogs, an enraged prized bull, blood-curdling shrieks and squeals, the incessant shouting of countless spectators - it could only be bull-baiting - a once common spectacle to behold on local streets.

Bull-baiting was practiced in Kilkenny for centuries but it is seldom acknowledged these days, perhaps rightly so, given its nature.

The ‘sport’ involved ‘a bull being tied to a stake with a rope between 10 and 15 feet long. It was baited, pepper blown up its nose to enrage it and then bitten, scratched, and savaged by dogs, usually bulldogs or mastiffs that were especially bred for it.

Bull-baiting events were held across towns and cities across Ireland and Britain in a designated bullring.

The original bullring here in Kilkenny city was in the neighbourhood of St Francis Abbey, where the locality is still termed “The Ring” (pictured above), but bull-baiting would later move to St James’s Green. 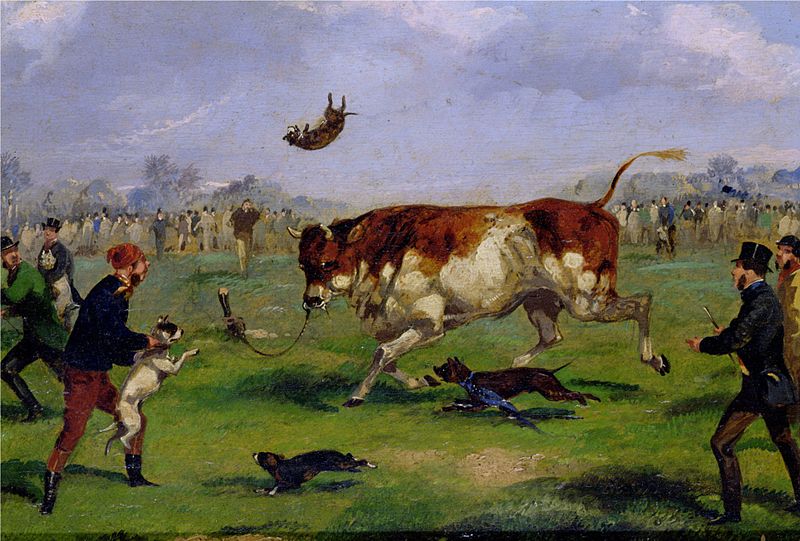 Spectators were not only attracted to the savagery and gore but also to the gambling opportunities it provided, with punters putting money on the survival prospects of the dogs.

Former Kilkenny writer John G.A. Prim notes that bull-baiting was taken under the special patronage and control of the local corporation from an early period, possibly as far back as the 13th Century.

The arrangements of the pastime were confided to a committee of the municipal body, which was known rather lavishly as “The Grand Council of Bull-ring”.

Prim also notes that in the year 1591, Kilkenny corporation records reveal that two of the burgesses (elected or unelected officials of a municipality) were admitted to the Grand Council of Bull-ring for a fee of 20 marks - no inconsiderable sum in those days.

The barbaric practice really hit its peak here after 1609, the year King James’s charter made Kilkenny a city.

With city status the position of the chief magistrate was raised to the dignity of a mayor and the municipal body considered it “but proper and decorous” to change the designation of his leading official to “Mayor of Bullring”, a heralded new title.

The minutes of the meeting of the Kilkenny corporation, held on the Friday after St John’s Feast Day, 1591, provides further information on the logistical arranging of bull-baiting locally.

The minutes show that it was the responsibility of the butchers of the city to provide sufficient bulls for the bull-baiting, with the Mayor of the Bullring providing the ropes and ties.

In the beginning of the 18th Century bull-baiting, though still in high favour amongst the lower orders, began to fall into disrepute amongst the wealthier classes of society in Kilkenny.

Prim notes that the municipal body ceased to patronise the barbarous pastime, so the title of “Mayor of Bullring” was discontinued.The official that had previously held that designation was retained under the title of “High Constable” only.

Bull-baiting had been referenced as early as 1764 in Freeman’s Journal as ‘inhuman entertainment’ and decades later, between 1800 and 1835, there were 11 bills presented to parliament attempting to ban it.

Prim posits that the change in sentiment in relation to bull-baiting did not arise “from any increased refinement of feeling or rapid advance of civilization” but from the enjoyment of the equally savage pastime of cock-fighting.

He further notes that although bull-baiting, in order to make way for cock-fighting, was excluded from the category of polite recreations in Kilkenny in the beginning of the 18th Century; it still remained a much affected pastime with the lower classes.

The butchers, keeping the sport amongst themselves, continued to supply bulls regularly every Michaelmas Day, on the occasion of the swearing of the new mayor into office.

In this way it survived well into the 19th Century and some mayors even contributed money towards the festivities in a bid to make themselves popular with the butchers’ fraternity.

The last recorded bull-baiting spectacle in Kilkenny was witnessed on James’s Green in 1837, Prim writes.

Thankfully all that remains of bull-baiting in Kilkenny today is fascinating social history and a sobering reminder of the historical savagery of human nature.

21 colossal and creative cat sculptures to be placed around Kilkenny

GALLERY: 3-storey, 3-bed Kilkenny townhouse with potential up for grabs at €110k